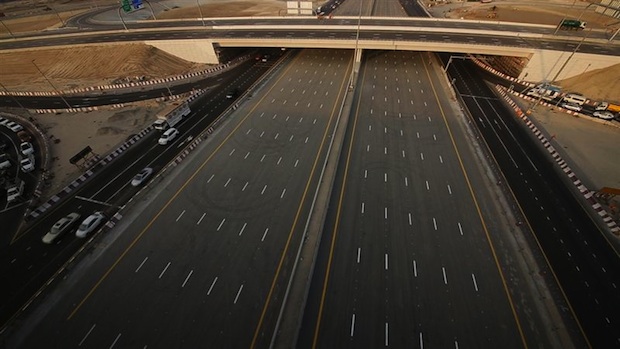 Dubai’s Roads and Transport Authority (RTA) has awarded Dhs1.36bn ($370.2m) of construction contracts for the first and second phases of a road improvement project for Expo 2020.

The works are designed to ensure the smooth flow of traffic for visitors during the six-month event and for future projects in the area.

RTA chairman and director general HE Mattar Al Tayer said the project was one of the biggest undertaken by the authority. It spans six phases in total.

The first phase will see 27km of Jebel Ali–Lehbab Road expanded from four to six lanes in each direction, service roads in both directions and four bridges in some parts of the road.

The second phase includes construction of two flyovers on Sheikh Mohammed bin Zayed Road at the Expo Intersection to ensure smooth entry and exit from the expo site and 16km of roadworks. Two six-lane bridges will serve traffic from the direction of Dubai, Sharjah and the Northern Emirates, while two two-lane bridges and another two-lane bridge will serve traffic from Abu Dhabi and leaving in the direction of Abu Dhabi respectively.

A second intersection at Al Maktoum Airport Junction will see the construction of a three-lane bridge for Traffic from Dubai and the Northern Emirates and a two-lane bridge for vehicles leaving expo in the direction of Abu Dhabi. Surface roads to ease the turns to and from Abu Dhabi and service roads on both sides of Sheikh Mohammed bin Zayed Road are also included.

Separately the RTA is undertaking a number of other projects for Expo 2020 including the Route 2020 metro extension, the deployment of taxis and buses and providing necessary parking spaces.