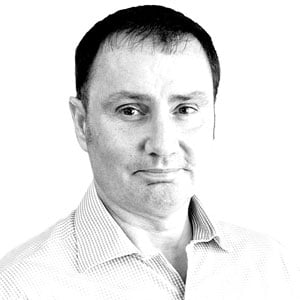 Marc Faber’s classic book Tomorrow’s Gold, published a decade ago, establishes a seven-phase business cycle for emerging markets based on his lifetime of experience in Asia. Nations and city- states move from boom to bust and back again as evidenced by recognisable events and symptoms, often far more evident after they are over than at the time they happen.

Dubai is a prime example of the emerging market city-state, although it is actually part of the oil-rich UAE federation.

To summarise: Dubai went through the classic Phase Three boom in 2005-7; Phase Four of the ‘downcycle doubts’ came in 2008, followed by a real nasty Phase Five bust; and in 2009-10 Dubai experienced a ‘capitulation and bottom’ that included a $20 billion bail out by Abu Dhabi.

The emerging market business cycle expounded by Dr. Faber then moves back to Phase Zero, the ‘after the crash’ recovery with a bombed out stock market and depressed real estate prices as well as depressed local business activity. This phase can last for many years, or it can be very quickly over as now in Dubai.

For an emerging market to resume its upward expansion Dr. Faber says there has to be ‘a spark’ or catalyst – something serious has to change for local business to come back to life.

In the case of Dubai the spark was twofold: the final sign-off on the $25 billion debt restructuring of the Dubai World conglomerate in August 2011; and the Arab Spring uprisings, revolutions and civil wars of that year. Perhaps we should also add higher oil revenues and lower interest rates.

Revolutions are always a time of a major capital displacement. That is to say entrepreneurs and those who can lay their hands on official money leave the country with whatever capital they can liberate.

This is the classic flight of capital away from an economic disaster zone. It has to go somewhere.

Where better than Dubai as a politically stable safe haven? There was plenty of undervalued real estate to buy after the crash. The UAE banking system is backed by Abu Dhabi, the richest city in the world. At the same time rival financial systems in the rest of the world have become over-regulated and highly suspicious of hot money as well as being reliant on central banks that are printing money like crazy.

So what are the telltale symptoms of Phase One in which we now find Dubai?

Let us summarise the key symptoms that Dr. Faber highlights in his book.

First, an ‘increase in cash balances’, we have seen that in rising UAE bank deposits; secondly ‘consumption, corporate profits and stocks begin to rise’, UAE car sales for 2012 were higher than in the boom years, local profits are up and Dubai equities gained 19 per cent last year.

Then ‘tourism improves’ he says and yes Dubai has enjoyed a great year for inbound tourism. He also looks for ‘a few far-sighted businessmen become interested in joint ventures and other direct investments’.

Finally he has ‘families buying back shares or taking them private, recognising their low valuations’.

There is little scope for that in Dubai though construction giant Arabtec recently bought a 25 per cent stake in quoted interior design contractor Depa for this reason.

What comes next in Phase Two? This is the best time to invest. Business cycles only move in one direction, even if there are occasional bumps on the road ahead.