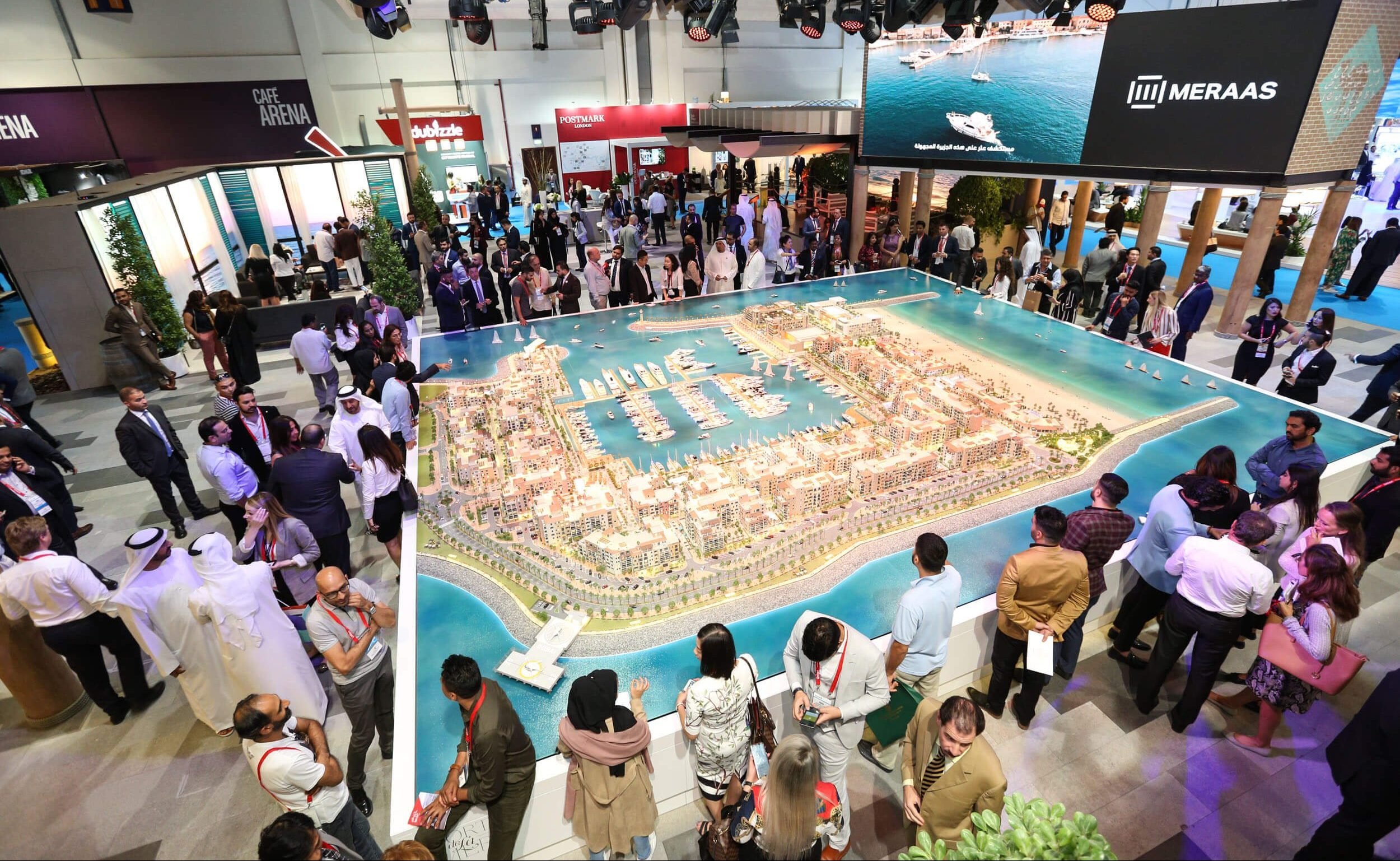 Gone are the days of dancing fountains, sky gardens and scuffles for the latest outlandish project. Dubai’s property showcase is a much more subdued affair this year.

As the city’s real estate sector suffers its worst run since the 2009 global crisis, Cityscape Global — the emirate’s largest annual real estate conference — is also adjusting to the new reality.

Some of Dubai’s flagship developers such as Emaar Properties — builder of the world’s tallest tower — and Damac Properties that built U.S. President Donald Trump’s golf resort in the emirate — were notably absent from the event that started Wednesday. Many of those that did show up — such as Nakheel, which built the palm-shaped islands and teetered on the brink of default almost a decade ago — peddled existing developments.

And in a sign of how desperate competition for buyers has become, authorities warned brokers and developers not to chase potential clients in corridors and parking lots close to the event.

“We understand the budget concerns many developers face in the current real estate climate –both in the Emirates and internationally,” said Chris Speller, group director of Cityscape. “Although the current climate is not unique to Dubai, we applaud the recent release of government-level incentives to boost the domestic sector and increase confidence in the real estate market.”

Representatives for Emaar and Damac didn’t respond to a request for comment.

The subdued nature of this year’s conference is a reflection of the state of the local real estate market where home prices are down by at least a quarter since 2014 as oversupply and slow economic growth take their toll.

“I hope we’re at the bottom of the cycle, notwithstanding the fact we’ve quite a bit of stock to digest over the coming years,” said Steven Morgan, chief executive officer of property agent Savills Plc in the Middle East. “So I don’t expect prices to start bouncing back soon.”

With such a lackluster domestic audience, many brokers are trying a new tack.

Ala’a Al-Behbahani, general manager of a Kuwait-based real estate firm, said he was at the event to scour for opportunities in countries like Georgia or Turkey.

Many of his clients had sold their property to cut their losses as prices fell, he said, adding that regional geopolitical tensions were also hurting the market. “If you’re an investment country, you should stay clear of politics.”

Sobha is using Chinese brokers to sell properties and has opened an office in Shanghai. These efforts are paying off: almost a third of its off-plan sales are to Chinese buyers, the company’s founder said.

The event — once a showcase for luxury homes — is now drawing bargain hunters.

“It’s very affordable here from where we are,” said Jennifer Clark, a broker at Glory International Real Estate, one of hundreds who’d traveled from Florida.

When asked about the merit of buying a property a 14-hour flight away, Anthony Canizares from the U.S. state’s Re Max All Pros broker, quipped: “Because it’s exotic. Isn’t Dubai like Monaco?”