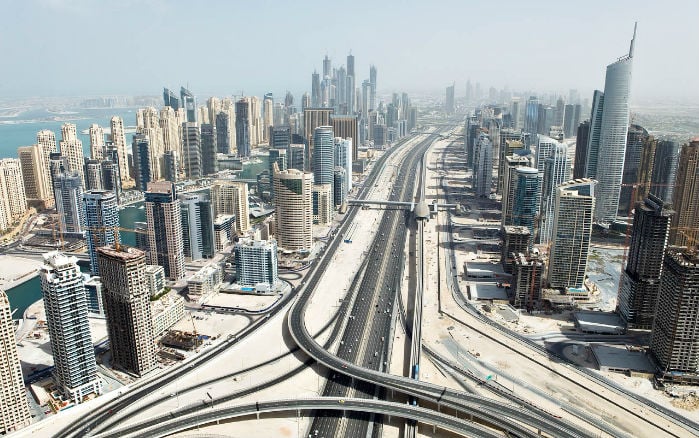 Dubai’s property market is not “overheating” and recent government regulations are “prompting a cooling in the pace of growth,” according to the Q3 property report from consultant Cluttons.

“We believe concerns of the market overheating are likely to prove too negative given average residential values remain well below the market peak despite recent gains. More importantly, demand is primarily being fuelled by a growing population and rising employment levels,” said the report.

Recent steps taken by the Central Bank such as the announcement of the federal mortgage caps and the Dubai Land Department’s doubling of property registration fees from two to four per cent are expected to act as “dampeners to any speculation,” said Cluttons.

“We are already starting to see this having an impact on the total volume of deals. In particular, with loan-to-value ratios on second home purchases now fixed at 60:40 and 65:35 for nationals and expatriates, respectively, we anticipate further slowing in the pace of capital value growth.”

Property prices rose eight per cent through the third quarter of the year, but remain 25.7 per cent below the Q3 2008 market peak. Values are currently 47.6 per cent above the bottom of the market in Q2 2009 and 52.3 per cent higher than this time last year, stated the report.

Areas such as Emirates Living and Dubai Marina witnessed the most deal activity, while Jumeirah Village emerged as the strongest performing submarket with average villa prices rising by 18.4 per cent to nearly Dhs990 per square feet, it added.

“Growing numbers of buy-to-let investors, both domestic and international, along with a growing number of owner occupiers, fuelled by affordable mortgage rates, is sustaining the strong upward trajectory for capital value growth,” explained Cluttons.

However, although initial mortgage rates start at around four per cent, the market still appears to be driven by cash purchases, it said.

The emirate’s rental market also grew in Q3, but at a slower pace than was seen in the second quarter, found Cluttons. Average residential rental values rose by three per cent in Q3, compared to 8.2 per cent in Q2.

Rental value growth for villas (3.2 per cent) outpaced apartments (2.7 per cent) on average, but lower budget studio apartments in areas such as Discovery Gardens and International City, registered a 9.9 per cent rise in average rents in Q3. Current rents are 22 per cent higher compared to the same time last year and 14.2 per cent higher than they were at the start of 2013.

“The robust quarter on quarter growth in rents is not expected to persist as we appear to be nearing a threshold of relative affordability. Although the economy is clearly growing again, the pace of income growth still lags the rental value growth, which suggests that the somewhat mute growth can be expected to persist over the next few quarters,” stated the report.