Dubai's property market: Where is it headed? - Gulf Business 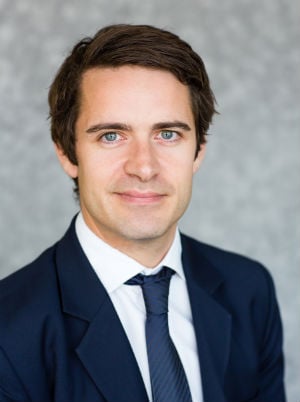 Dubai’s residential sector is now witnessing more widespread deflationary trends, with a 3 per cent decline in residential rentals recorded during Q2 2015, whilst the sales market continues to see downward movements in both transaction values and volumes.

With over 20,000 new units expected to be completed during the course of the year, we expect to see negative growth continue and to accelerate during the coming months as new supply is delivered in earnest.

Whilst we are now seeing initial declines in residential leasing rates, the rental market continues to outperform the transactional market. This reflects the relative strength of the Dubai economy which is expected to grow at around 3.5 per cent during 2015, and the sustained level of occupier demand against the emergence of relatively weak sentiment in the sales market, particularly for completed and ready to move in properties. This is partly due to a number of external factors, including the EU’s enforced sanctions on Russia and the prevailing volatility in global currency markets which has had a major impact on local real estate, influencing inbound and outbound capital flows.

The recent US dollar strength and euro / pound weakness has made Dubai a much more expensive investment proposition for many would-be investors from Europe, a slight worry given its status as a key source market for inward investment, but on the flipside European investments are looking increasingly attractive for Middle East investors.

Although rates have started to fall across the market, there is still evidence of a flight to affordability and this is reflected in the relative strength of locations such as Discovery Gardens, which has experienced less pronounced declines than many more prime markets, including Dubai Marina.

Whilst the market for completed properties is toiling amidst the summer heat, there continues to be support for off-plan properties, although this is often developer and project specific.

In real terms, market absorption is just a fraction of the size of 18 months ago, and this appears to have influenced developer’s phasing and pre-sales strategies, with many recent launches notably smaller in lot size.

The key driver for the off-plan market is currently the availability of flexible payment plans which have become an increasingly important consideration in the wider investment decision, and in some cases appears to be outweighing the consideration for price per square foot.

Flexible, back weighted payment plans allow investors and end-users to secure units with a minimal initial down payment (sometimes as low as 10 per cent) and then low half yearly instalments (typically amounting to around 30 per cent of the total price during the first two years of construction). This is then followed by a larger lump payment that is made just after completion. The attractiveness of these plans is not only the lower initial entry point to the investment, but the ability to then take a mortgage on the completed asset prior to actually making the final down payment.

Dubai’s commercial office market is showing further signs of maturity, with broadly stable rental conditions recorded over the past 12 months. There has also been a notable rise in pre-leasing activity, which underlines the current high demand for quality corporate style offices and suggests that the market is slowly moving more in line with mature international markets. This is also suggested by the gradual slowdown in development and delivery of strata style offices.

Over the course of 2015, roughly 0.47 million square metres of new office supply will be delivered, with a significant portion of this to be completed in Business Bay, the main location of new commercial supply over the next three years. In fact Business Bay will see nearly 30 per cent of the total 1.45 million square metres set to be delivered by 2017. Hence, with a sizeable development pipeline, we can expect rental growth to remain broadly constrained in the short term.