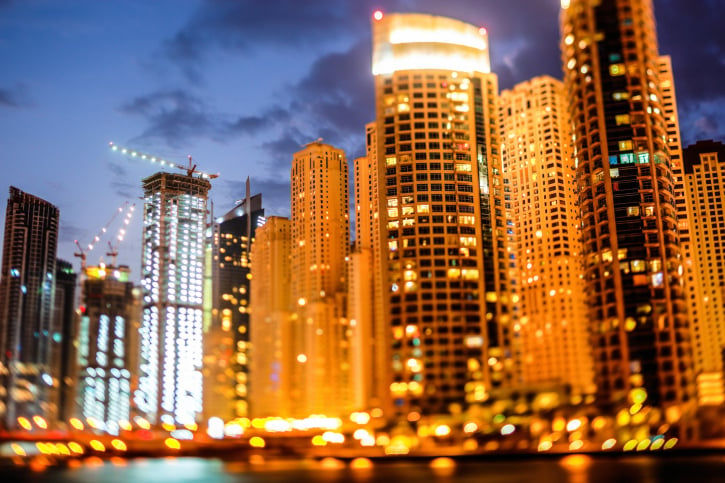 Dubai’s property market and the wider UAE economy have benefitted immensely from the safe haven status that the country offers within the region, according to the CEO of the emirate’s biggest bank, Emirates NBD.

Speaking to Gulf Business, Shayne Nelson stressed that while conflicts across the Middle East should be resolved, they haven’t had a negative impact on countries such as the UAE.

“The UAE is seen as a very stable economy, well governed, well managed, and secure and we have attracted investments from Syria and Iraq because of it,” he said.

“Dubai and Abu Dhabi, as places of flight to safety, have done extremely well out of that conflict with people buying apartments and coming here as tourists rather than places they might otherwise have gone to.

“An unfortunate positive [of the conflict] is that the UAE as a safe haven will continue to attract investments while these conflicts are going on,” he added.

Another “unfortunate positive”, according to Nelson, is that oil prices have gone up, benefitting oil-producing countries like Saudi Arabia and the UAE.

The bank recently raised its GDP forecast for the UAE to five per cent, and for Saudi Arabia from 4.2 to 4.7 per cent.

“The interesting thing is that the UAE is not getting that growth on the back of high oil prices; the non-oil sector is contributing to that growth. The PMI index and hospitality industry are doing well. Both Abu Dhabi and Dubai are seeing growth in tourism, despite new supply of hotel rooms,” said Nelson.

“Our outlook is strong for the rest of the year and very positive for 2015,” he added.

The UAE’s tourism industry has boomed on the back of increased airline routes from Emirates and Etihad, new and improved entertainment offerings and greater marketing efforts by authorities.

Developers in the city have launched several new projects since the start of the year, with most selling-out on the day of the launch.

According to the Dubai Land Department, a total of 17,289 real estate transactions worth Dhs37.5 billion were conducted in the first half of this year.

While the rapid boom in the property sector has drawn warnings from bodies such as the International Monetary Fund (IMF), measures taken by the government such as hiking the transaction fee has had an impact on the market, according to Nelson.

New loans for apartments have also come down, though not drastically, following the central bank’s move to cap mortgages, he said.

“Property prices have cooled off in the last few months – if you look at the percentages of where they are now, both low and high end units are cheaper than the peak rates in 2008.

“The cooling measures are definitely working,” he said.

Average sales prices in Dubai’s residential property sector rose 36 per cent year-on-year in the second quarter, according to a recent report from property consultancy JLL.