Why Dubai's Property Firms Are Delving Into Hospitality | UAE News 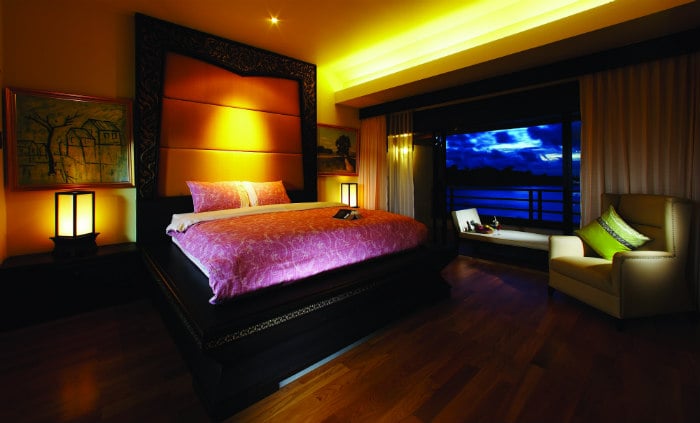 Having set a target to boost its tourism figures to 20 million by 2020, Dubai is banking on achieving a Compound Annual Growth Rate (CAGR) of seven to nine per cent in leisure and businesses visitors over the course of the next decade, with recent record figures for H1 2014 of 5.8 million an encouraging sign.

That’s why property developers such as Emaar Properties, the biggest listed real estate firm in Dubai, Meraas Holding, Damac Properties, Deyaar Development and others are investing in building hotel apartments and rooms.

Following the success of the initial public offering of its mall unit, Emaar is turning its attention to its hospitality arm, which includes Armani hotels, the Address brand and its newly launched venture with Meraas Holding Dubai Inn, with a potential IPO in the works. However, the developer isn’t the only one with significant plans in hospitality.

The luxury developer has teamed up with Paramount Hotels & Resorts on several developments of hotel apartments and hotels, a partnership that includes the $1 billion Damac Towers, consisting of three residential towers and one hotel.

“When you look at the fundamentals of the tourism industry of Dubai, the amount of tourists that visit Dubai, the projected tourism numbers up to 2020 and beyond, it showed us that it was a segment of the market that could withstand any potential downturn in the overall economy,” says Niall McLoughlin, senior vice president of Damac Properties.

Dubai has provided incentives for investors to build more hotels, particularly in the three and four-star category, in a bid to become the world’s No. 1 family destination by 2020. Already, the average room stay in 2014 stood at 3.9 days, versus 3.8 days in 2013.

To capitalise on this opportunity, Deyaar has combined hotel apartment elements with its most recent residential projects, including the ATRIA mix- use development and the Montrose development.

The company is also planning to develop a Dhs450 million hotel and furnished apartment project.

“We, at Deyaar, are focusing on the hospitality sector at the moment as tourism is expected to witness an unprecedented boom in the run up to Expo 2020. We believe the market will need more than just five-star hotels, but a wide range of residential options such as furnished and services apartments,” says Deyaar CEO Saeed Al-Qatami.

“With this strategy in mind, we are considering forging key partnerships especially in the hospitality market segment.”

But perhaps the most extreme example is SKAI Holdings, which has invested Dhs5.85 billion in Dubai’s hospitality sector and plans to invest an additional Dhs2.2 billion in the next six months.

SKAI’s projects total 830 hotel rooms and apartments in operation and under construction, including the Dhs3.66 billion Viceroy Dubai Palm Jumeirah, a mix of residential and hotel apartment units.

“We are very confident about Dubai’s hospitality sector and as such we are investing all of SKAI Holdings’ capital into hospitality projects. Our optimism about the industry is driven by strong fundamentals and a shortage of rooms,” says Amit Arora, CEO of Hospitality at SKAI Holdings.

“Hospitality will continue to be a major contributor to SKAI Holdings’ revenue looking ahead. In the next five years, over 90 per cent of our revenue will come from hospitality-driven real estate sales and operations.”

Developers’ rush to build hotels and hotel apartments is being led by the need to diversify their income from pure property sales, which took a hit during the financial and property crisis that kicked off in 2008.

However, while hospitality projects can prove a shrewd investment, with the return to the investor sometimes 50 per cent more than a traditional apartment, according to Damac’s McLoughlin, they also carry greater risk.

“Investment in the hospitality sector is associated with higher returns [as well as higher risks] than commercial real estate [offices and residential],” says Chiheb Ben-Mahmoud, head of hotels and hospitality for the Middle East and Africa at property advisory Jones Lang LaSalle.

Despite the euphoria surrounding hotel apartments and rooms, the threat of over supply and lower revenues also looms large.

Revenue per available room or RevPAR fell 3.7 per cent to Dhs512.83 in Dubai in September from the year earlier, and the average daily rate (ADR) decreased four per cent to $671.87 compared with the same period in 2013, according to hospitality data provider STR Global.

At the same time, supply and demand was nearly equal, with supply increasing 7.4 per cent and demand rising 7.8 per cent, while occupancy saw a slight increase to 76.3 per cent.

“As long as the hospitality performance is strong and positive, (and the demographic growth in Dubai limited) property developers will continue to associate themselves with hospitality,” says Ben-Mahmoud.

“The excess supply is always a risk in any destination. It is intrinsic to the hospitality and tourism industry.”