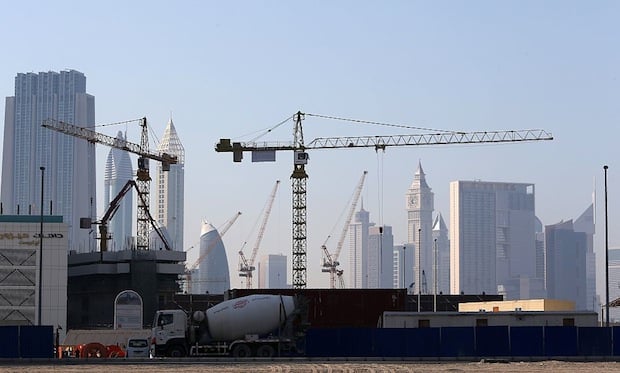 Non-oil companies in Dubai’s private sector posted strong growth in April on the back of improving business conditions in the construction sector, according to Emirates NBD’s monthly survey.

The survey noted strong performances across all three key sub-sectors monitored, led by an increase in construction (index at 57.9), followed by wholesale and retail (57.8) and travel and tourism (57).

The improvement in the overall index was driven by a steep increase in output, the report said. The rate of growth was the second-sharpest in 26 months – behind January 2017.

New business also continued to rise for the 14th consecutive month in April, which was linked to a generally supportive economic backdrop, promotional discounts, and more construction projects.

While employment increased across all the three sectors during April, hiring remained at “modest rates”, the report stated.

In terms of costs, the rate of inflation was broadly in line with the trend recorded over the current 14-month sequence of rising prices.

In spite of rising costs, average selling prices continued to fall for the ninth month in succession. The rate of decline was also faster than the preceding month and modest overall, the report said.

All the three sectors offered discounts to attract customers amid reports of intensive competition.

Khatija Haque, head of MENA Research at Emirates NBD, said: “It is encouraging to see the sharp rise in the construction sector index in April, as this had lagged both wholesale and retail trade and travel and tourism indices in the first quarter.

“The latest Dubai Economy Tracker survey supports our view that investment in infrastructure ahead of Expo 2020 will be a key driver of Dubai’s growth over the next two-three years.”

The survey also found that private sector companies indicated greater optimism for activity growth over the year ahead from March’s seven-month low.

Overall, the degree of positive sentiment was broadly in line with the average recorded since the series began in April 2012.