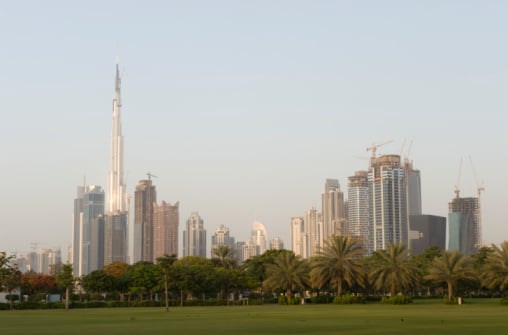 Dubai Municipality’s plans to introduce mandatory affordable housing quotas for all new residential developments is expected to drive maturity in the market, property consultant Cluttons said in a statement.

The step, which Cluttons termed as “long over due”, is also expected to bring in a host of benefits to the emirate’s property market.

“The issue of affordability has been one that has been quietly bubbling away in the background for some time,” said Steven Morgan, CEO of Cluttons Middle East.

“With the introduction of the federal mortgage caps and the doubling of property registration fees, we saw genuine end users in the market forced into a holding pattern as they attempted to make the transition from rented accommodation to owner occupation.

“The surging rents, driven by the exceptionally strong underlying demand, which was linked to the robust economic growth, meant that household finances were coming under tremendous pressure on several fronts.”

Morgan also noted that there is a huge pent up demand for affordable housing in Dubai, with rental affordability thresholds being breached.

Dubai’s rents rose more than 50 per cent over the last two years on the back of a surging economy, an earlier report by another consultant CBRE showed.

Such a massive jump in rents prompted calls from experts for affordable housing to balance out the needs and avoid pricing out residents in large numbers.

In addition, a recent report from research firm Colliers International noted that there is a sizeable market in Dubai for affordable housing.

Meanwhile Cluttons warned against creating affordable neighbourhoods in the outskirts of the emirate through sanctioning of off-site affordable provisions, saying that it might impact the urban fabric of a city.

It took the example of London, where developers were required to build affordable housing. Such initiatives have also led to the creation of diverse communities living alongside each other.

“There have of course been exceptions to the rule, where developers have been permitted to build off-site affordable housing, with land costs being cited as the primary driver for this,” the consultancy said.

“Dubai stands to learn a valuable lesson from this as the authorities in London have often been criticised for effectively creating lower income neighbourhoods through this method.”