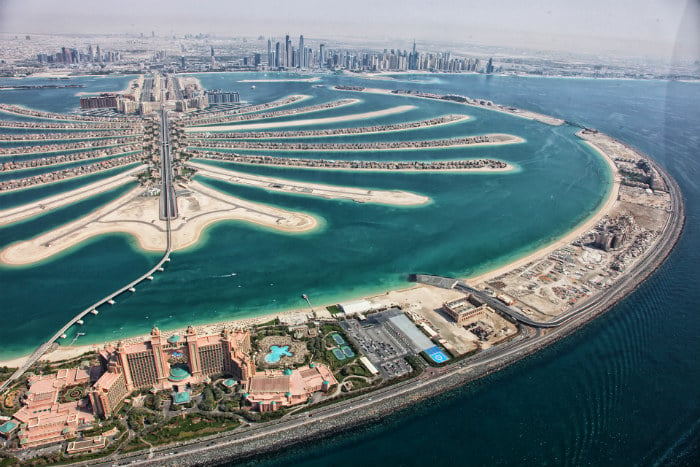 Palm Jumeirah will maintain its position as a key location for luxury property units, driven by demand from rising tourist arrivals to Dubai, according to a new study by Deloitte.

The report stated that luxury and upscale international standard operators have experienced performance above market averages.

In the first six months of 2013, the nine high-end hotels on Palm Jumeirah saw an annual average occupancy of 71.6 per cent, Average Daily Rate (ADR) of Dhs1,678 and Revenue per Available Room (RevPAR) of Dhs1,243.

Deloitte also stated that demand for luxury serviced apartments is likely to remain strong in the medium to long term buoyed by Dubai’s recent Expo 2020 win and government’s commitment to expanding its tourism product.

According to Dubai Statistics Centre figures, the serviced apartment sector has grown steadily over the last five years with a compound annual growth rate (CAGR) for number of guests and length of stay increasing by 14 per cent and 19 per cent respectively.

“Palm Jumeirah currently has a total of 950 luxury serviced apartments managed by international hotel operators, and the Deloitte report confirms that the sector is continuing to mature and continues to attract a growing target market looking for a prime location and the luxury beachfront resort lifestyle,” said Abdulla Bin Sulayem, CEO, Seven Tides.

Branded service apartment units charge around Dhs2,000 per night during peak periods, according to the Deloitte research.

“With the cost for one-bedroom units starting at Dhs2.6 million, the potential for income generation from a managed rental perspective, based on the equivalent hotel occupancy figures and average year-to-date rates, is substantial – making it even more attractive to investors looking to build their overseas portfolios,” added Sulayem.

Dubai expects to register 10.9 million visitors by the end of 2013, growing to a forecasted 25.8 million by 2023, according to the World Travel & Tourism Council.

The decree authorises Dubai’s Department of Tourism and Commerce Marketing (DTCM) to grant licenses to parties who intend to rent out furnished residential property on a daily, weekly or monthly basis.

Earlier this week, Sheikh Mohammed also issued new directives to boost hotel investment in the emirate, including the creation of a one-stop shop for all sector approvals to help reduce red tape and the reduction of the hotel construction pre-approval process period.