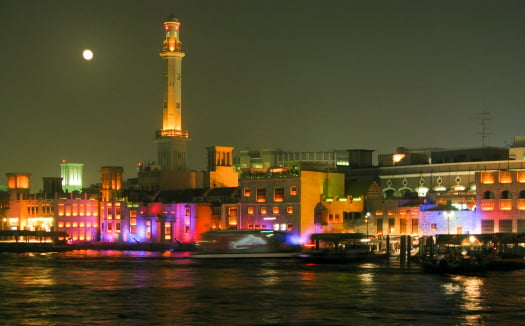 The man behind Dubai’s popular Japanese eatery Okku plans to launch not one but two new fast-food concepts in the UAE, as well as a new restaurant and additional openings to his already existing brands.

But in an exclusive interview with Gulf Business – in which he voiced his concern for Dubai’s food and beverage sector bubble – Thesslef revealed he has several more openings in the pipeline, including two fast-food chain concepts.

“There will be two of them [fast-food concepts],” said Thesslef.

“One is more of a sweet concept for kids and grown ups and the other is something just fun; we’re basically creating an urban street food concept, it’s very cool.”

Describing it as roof-terrace concept, with Barcelona and Ibiza inspiration, Thesslef says it will be ‘very cool and super fashionable’ when it opens in November.

Thesslef also revealed two of his stable eateries, Okku and organic café Sophie’s, will open further branches in the UAE this year while the popular Palm Jumeirah restaurant Riva will see a new menu.

“We’re just tying up a franchise deal for Abu Dhabi [for Sophie’s] and we have two other groups of franchise for Dubai,” he said. “We know where we want to go with it, including DIFC, Wasl Road, Marina and Media City.

“Abu Dhabi should have five Sophie’s within three years, plus we’ve got offers for Qatar and Saudi, but we want to get the expansion right here first, then we can look internationally.”

Thesslef also confirmed Okku will launch a brand extension in Dubai later this year, as well as starting a new menu. The Japanese eatery is in the process of launching its first international venue in London.

Read the full interview with Markus Thesslef in the September issue of Gulf Business.