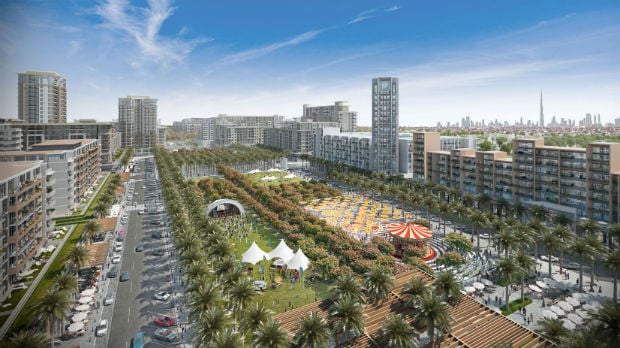 Dubai-based private developer Nshama has announced the launch of Jenna, residential apartments located within the main square of its mega development.

Jenna will be situated alongside Vida Town Square Dubai, a Reel Cinemas Cineplex and 2.5 million square feet of retail and food and beverage outlets at the main square of the development.

It forms part of Nshama’s 31 million square foot Town Square project with a main square said to be the size of 16 football fields.

The developer did not specify how many units would be released for sale, but said prices for two bedroom units would begin at Dhs 749, 888.

Sales for the project will be held on September 5 at the Town Square sales centre in Downtown Dubai.

“Since the launch of Town Square, end-users have been awaiting the launch of residential units within Main Square,” said Nshama’s CEO Fred Durie.

“With Jenna, located right in the heart of Town Square, we are entering the next phase in the development of Town Square. While Jenna are the premium homes in Town Square, the fundamental approach of Nshama to deliver affordable, ‘live life at your price’ homes continues to be the highlight of the new residences too.”

Nshama’s Town Square project will feature 3,000 townhouses and over 18,000 apartments. It has been slated as a 10-year development, with roughly 3,000 units expected to be launched every year.

The company has claimed a strong response from investors so far, and said construction of its first units, which include apartment complexes Safi and Zahra and townhouses Hayat and Zahra, was on track.