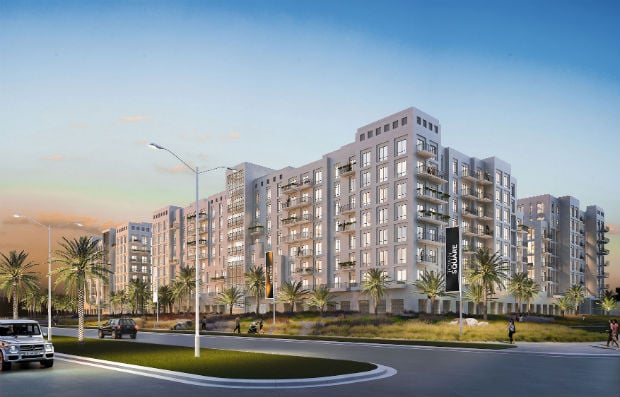 Dubai-based private developer Nshama has awarded construction contracts for two of the apartment projects in its Townsquare development to construction firm Unec.

Under the deal, Unec will build Zahra Apartments and Safi Apartments within the mega development.

The developer did not disclose the value of the contracts.

Zahra is a townhouse community with homes priced from Dhs999,888, while Safi is an apartment complex. Safi’s units range from Dhs349,988 to Dhs 999,988 depending on the size of the unit.

Nshama, which launched Town Square in February 2014, has awarded a series of development contracts for the project.

Town Square, which features 3,000 townhouses and 18,000 apartments in total, has been slated as a 10-year project, with roughly 3,000 units expected to be launched every year.

Located near Al Barsha, the development will also feature a 2.5 million sq ft retail precinct with over 600 stores and F&B outlets, a central square – the size of 16 football fields, a Vida Town Square Dubai hotel, a Reel Cinemas cineplex and open-air cinema.

Established in 2014, Nshama is one of the newest property developers in Dubai with a strong focus on selling mid-range affordable properties in the emirate.

It is also working on another lifestyle project in a joint venture with Mohammed bin Rashid foundation (MBRF), but details are yet to be revealed.