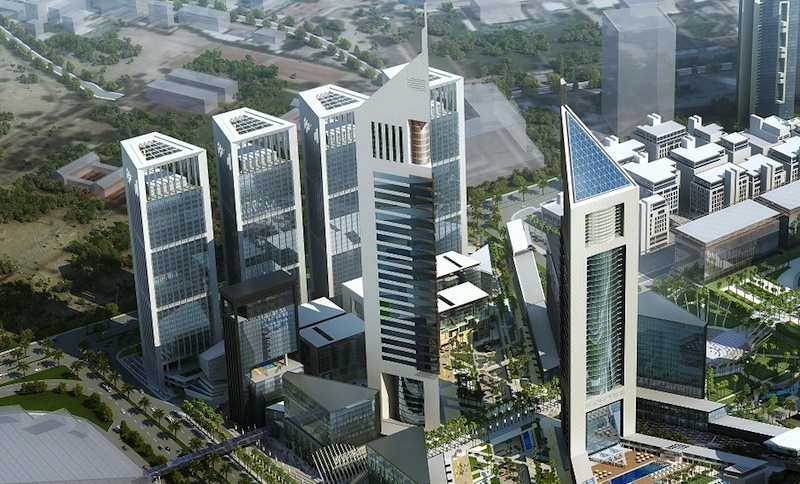 Dubai’s newly unveiled Dhs5bn business district, Emirates Towers Business Park, will be developed by Tecom Group, a member of Dubai Holding, it was announced on Monday.

Located close to Emirates Towers, the new business hub will offer a wide range of office space for international companies looking to move or expand their business in the region.

It will also include three luxury five-star hotels – including one which will be managed by Jumeirah, retail areas with international brands and F&B options, an arena for events and ancillary facilities to support corporates.

Emirates Towers Business Park will also have a three-level basement area with one level for traffic management, while the other two will provide 13,000 new parking spaces.

The location will also host the Museum of the Future, which offers laboratories for innovation in different sectors, including health, education, smart cities, energy, and transportation.

Construction will begin by the end of 2017 and the development is slated for completion within four years, it was announced during the launch of the park.

In a statement, Tecom also confirmed that it had appointed Fareed Abdulrahman Al Janahi as the CEO of the development. Al Janahi serves as the chief commercial officer and is the acting COO at Tecom Group.

Amina Al Rustamani, CEO of Tecom Group, said: “The launch of the project comes at an opportunistic time when the real estate market in Dubai is witnessing a clear growth in demand for premium commercial and office space.

“Reports indicate that this growth will continue to increase in the following years. Premium commercial space accounts for 20 per cent of the total business space currently available in Dubai, with an occupancy rate of 92 per cent.

“The growing demand for distinguished business space is evidence that Dubai remains a preferred destination for key international and regional companies, given the emirate’s strategic location and business-friendly environment.”