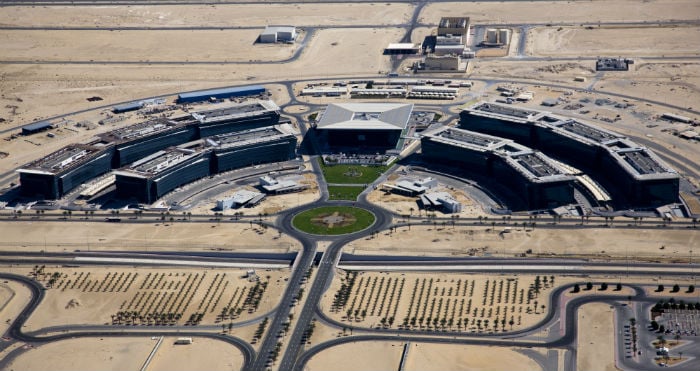 DWC, which is set to host its first industry event, the Middle East Business Aviation (MEBA) conference next week, and the Dubai Air Show next year, will also begin business jet operations in 2013, said Bu Qara’a.

“During the initial phase, we will utilise the VIP terminal within the passenger terminal, and we expect the first business aviation operations to commence out of DWC’s Aviation District in mid 2013,” he said.

Khalifa Al Zaffin, executive chairman of DACC also confirmed that the first passenger terminal in Al Maktoum airport is ready to begin operations. However, they are still awaiting the final decision from the Dubai government on when passenger operations will shift to the new airport from Dubai International.

“The decision will be made soon. I think the plan is for it to be next year,” he said.

Although Dubai International Airport is also currently working on a Dhs28 billion expansion to increase passenger capacity to 90 million by 2017, Al Zaffin stated that more capacity will be needed in the future.

“How do you know that it [Dubai International] will be adequate for the people who will come in? I think it’s adequate to a certain year – beyond that we have to do something different,” he told Gulf Business.

“We have to be here. We will operate both airports. Dubai International will be at full capacity and this one [Al Maktoum Airport] can take a lot of capacity – once it’s completed it can handle 120 million people,” he said.

But since both the airports will be operational, will airlines be forced to make the shift to the new airport?

“We never force – we give incentives to ask people if they would like to come. If they don’t want to come, they have to live with the restrictive nature of Dubai International Airport,” he said.

“But I think airlines will shift here because of the ease of operations and [higher] profitability. I think it’s a psychological barrier that is stopping them from coming here and eventually they will come,” he added.