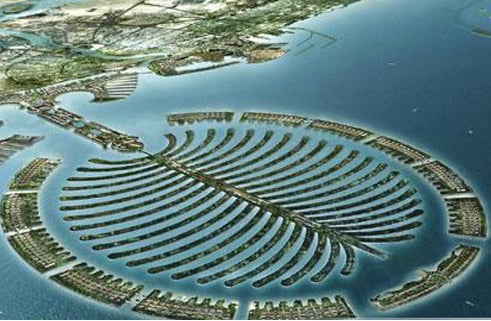 Dubai developer Nakheel will restart work on one of the three palm-shaped islands that came to symbolise the excesses of the emirate’s boom years, three industry sources told Reuters, in a sign the Gulf state is bouncing back from its financial crisis.

The sources said Nakheel, which was taken over by the government as part of a $16 billion rescue plan completed in 2011, would soon announce it had restarted work on the Palm Deira project.

The firm finished only one of its three palm-shaped islands off the emirate’s coast – Palm Jumeirah – before the global financial crisis triggered a property market crash.

It indefinitely suspended work on the other two larger projects, Palm Jebel Ali and Palm Deira.

The sources declined to be named because the matter is not yet public. A Nakheel spokeswoman said details of a project at the palm would be announced shortly, but declined to give any further details.

Palm Deira is likely to be renamed, one of the sources said, while another said the project would be significantly redesigned, with the palm shape of the island potentially altered.

On Monday, Emaar Properties and Dubai Holding, a conglomerate owned by the emirate’s ruler, said they would join forces to restart work on The Lagoons, a 6 million square metre development that also floundered in the wake of the emirate’s property crash and corporate debt crisis.

Real estate developers, many of them state-controlled, have also announced tens of billions of dollars worth of new projects in the past year as Dubai’s economy revives on the back of growth in the trade and tourism sectors.

Government-owned Investment Corporation of Dubai holds a 31 percent stake in Emaar, according to Zawya, a Thomson Reuters company.