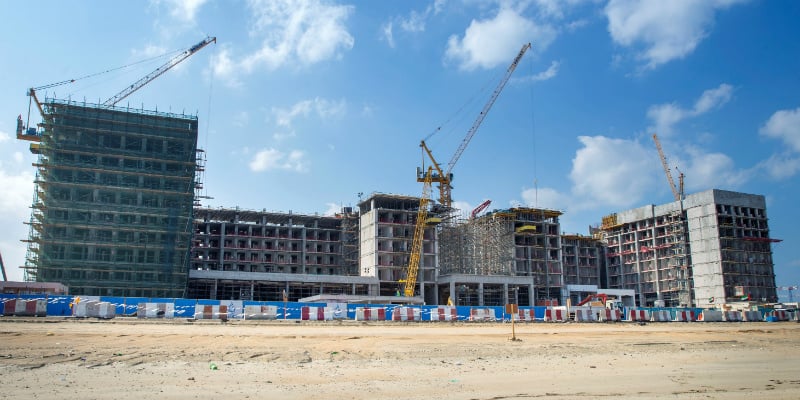 Nakheel, which awarded a Dhs385m ($104.8m) construction contract for the project to the Dubai unit of Saudi Arabia’s Bin Ladin Contracting Group in January, said all accommodation floors were almost complete and roofing work was underway.

Inside, floor tiling in the corridors and 800 rooms is ahead of schedule and outside its three swimming pools and restaurant and amenity buildings are underway.

Façade and installation work at the nine-story property will begin next year, with delivery expected at some point in 2019, the developer said.

Two other major Nakheel projects, The Night Market and Deira Mall, are within the vicinity.

Nakheel has invested more than Dhs8.8bn ($2.39bn) on the development of Deira islands so far.

The project will add 40km to the Dubai coastline and is expected to have a population of 250,000 and create 80,000 jobs when finished.

The developer has a further 15 projects as part of a Dhs5bn ($1.36bn) hospitality expansion programme encompassing 6,000 rooms.