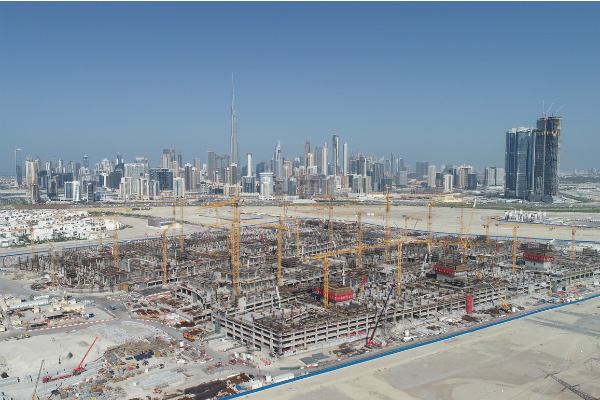 Dubai developer Meydan has said its Meydan One mall development is on track for an early 2020 launch following construction progress.

The project, which includes the largest dancing fountain in the world, a 1km ski slope, heritage village and beach, was first announced in August 2015. 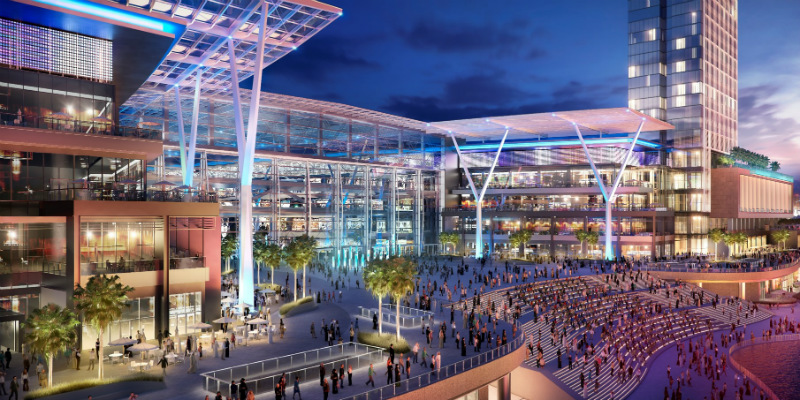 The retail footprint will be spread across indoor and outdoor spaces centres by a retractable atrium space named the Canyon, measuring 160m by 100m, which will be usable for events.

The developer is also promising an omni-channel retail experience through a virtual platform and a new approach to leasing contracts for tenants.

“Meydan One has been envisioned as a ‘place for everyone’, which means it seeks to accommodate varied needs and expectations,” said Meydan Malls vice president Fahad Kazim

“We are doing this through collaborating with the community to create a highly-integrated multifunctional hub for all nationalities and segments of the population. In addition, we are aiming to ensure that the space has a significant layer of digitisation to allow us to connect with consumer needs in a wholly unique way.”

Key features of the wider development include a civic plaza able to host 30,000 people and dancing fountains that fire water 380m into the air.

A 8.2km lagoon will also feature 500m of beaches, water sport activities and a beach club, while an experience zone will offer a sports arena and various courts.

Meydan said an innovation district offering incentives for entrepreneurs, a 21-screen cinema, a 20-outlet food court, hotels and hotel apartments and 12,000 parking spaces would be among the other features. two hospitality towers, one commercial tower and a medical centre.

The wider 40.4-million-square-foot development, being built between Meydan and Al Khail Road, is designed to be the epicentre of the Meydan One residential community, Mohammed Bin Rashid City and District One.

It will house 83,000 residents, break at least seven world records and include a 711m residential tower, 4km canal, 100-berth marina, 5.3km of bicycle and jogging tracks and a 9km boardwalk as well as two hospitality towers, a commercial tower and a medical centre.

Meydan’s other developments include the Meydan Racecourse, which was completed in 2010.