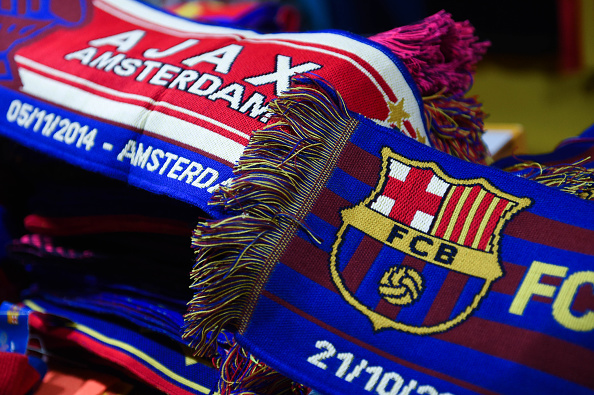 Dubai-based Marka has announced that it has purchased a majority stake in UK-based online retailer Icons Shop Limited for Dhs15.3 million.

The company bought a 65 per cent stake in the online retailer, which sells exclusive and non-exclusive sports merchandise with a special focus on football.

Icons, formed in 1999, was awarded the world’s first ever signed football memorabilia licence by FIFA in 2010 to produce a range of signed iconic World Cup products.

In July 2012, Icons was also awarded the first official licence for the UEFA Champions League.

In addition, the company holds licensing contracts with top soccer players including Lionel Messi and Diego Maradona and has a long-term relationship with others such as Cristiano Ronaldo and Neymar Jr.

Post the deal, Marka will integrate Icons into its Modell Sporting goods store and the UEFA Champions league stores, set to open in the UAE.

Marka is also planning to launch the website Icons in other languages as it looks to tap growth in countries such as China, South Korea, Indonesia and Japan.

Company officials said Icons is estimated to grow by 25 per cent by 2016.

“The acquisition of a majority stake in Icons is an important strategic addition to our growing sports retail portfolio,” said Nick Peel, CEO of Marka and chairman of the joint venture between Marka and Icons.

“It is the world’s leading football memorabilia brand and makes Marka a market leader in a highly-profitable segment, with strong international growth potential through its successful online platform, Icons.com.”

Marka, which has heavily invested in hospitality and retail, has been branching out to sports retail with a couple of acquisitions.

In December 2014, the Dubai-listed firm bought sporting goods store Retailcorp from Istithmar World for Dhs220 million. The deal provided Marka with a network of 15 sporting goods outlets across the UAE, and company said it aims to expand the chain across the country and the region.

Marka’s Vice Chairman and MD Khaled Almheiri added that sports retail ventures will constitute 35 per cent of the company’s investments in the future.

According to PwC, the value of signed sporting goods to overall merchandising sales is estimated to be between $2-$4 billion annually.