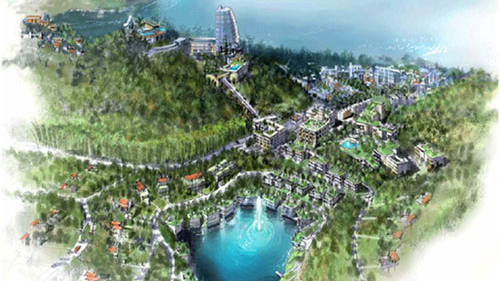 Dubai property firm Limitless announced that it has received approval for its Halong Star project, a tourism and residential development in Vietnam.

The developer said that the Quang Ninh state authority has issued an investment certificate to the company, helping it to legally move forward with the project.

Infrastructure work on the project is anticipated to begin later this year once the land lease has been obtained, the Dubai-based firm said in a statement.

“Quang Ninh provides a host of opportunities for development in many sectors, especially tourism, and we very much look forward to the implementation of Halong Star,” said Mohammed Rashed bin Dhabeah, CEO of Limitless.

The project was initially launched in 2007 as a joint venture between Limitless, Viet-My Ha Long Joint Stock Company and the International Property Investment Partners with an initial investment of $220 million.

Halong Star was put on hold in 2009 following the global financial crisis but Limitless announced that it will resume the project in 2010, it was reported in the local media.

The company, however, was required to apply for an amended investment certificate post its announcement due to the three-year delay in starting the project.

Limitless also signed another joint venture in 2013 with Vietnamese firm Sovico Holdings to implement the project.