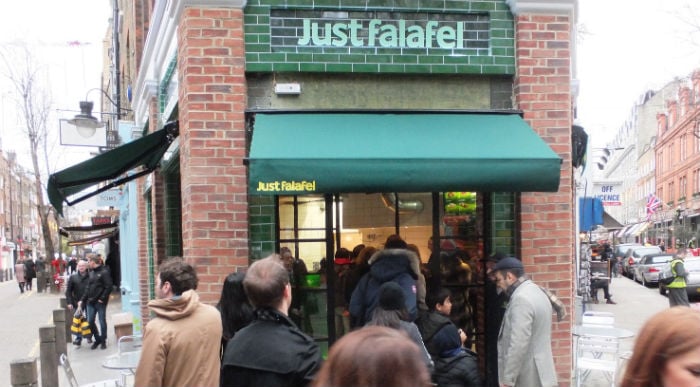 Dubai-based fast-food concept Just Falafel has announced the launch of it’s first store in London, the brand’s first one outside the Middle East.

The restaurant is located in Monmouth Street, Covent Garden in London, the company said in a statement.

Just Falafel, which has 25 operating outlets in the UAE, aims to cover 200 locations across the UK.

It plans to achieve 10 per cent of that goal this year with the opening of 20 stores, with Cambridge, Exeter and other markets currently in development.

The company, which recently opened outlets in Qatar and Lebanon, is also eyeing the US market this year.

Just Falafel began with a single store in Abu Dhabi in 2007, and works on a franchising model. Last year, through a social media campaign, it managed to generate more than 3500 requests for franchising opportunities from 70 countries.