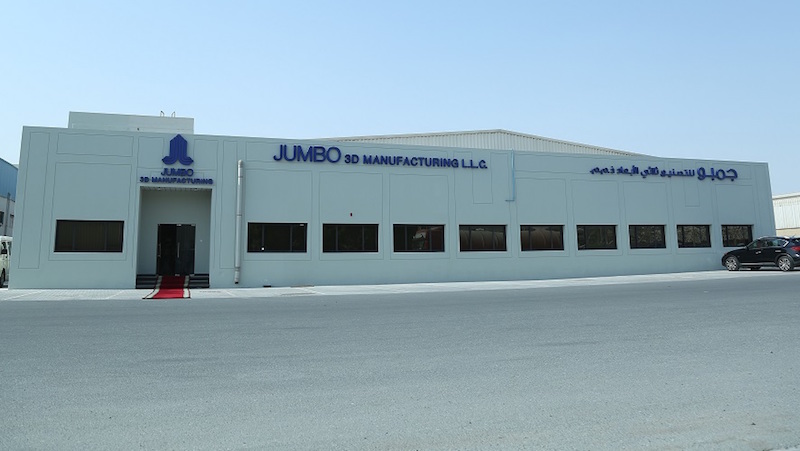 Dubai-based Jumbo Group has launched a new 3D manufacturing company and has inaugurated its first 3D application development centre in the Middle East.

The new facility, located in Jebel Ali Industrial Area has HP 3D printing solutions and other 3D products aimed at dental, architectural and other applications.

The facility will offer a range of services including training, business consulting for young entrepreneurs, proof of concept development, product design assistance as well as financing options for developing a business around 3D manufacturing.

It also houses equipment for post processing, finishing and painting of finished products.

It will cater to entrepreneurs in UAE who are interested in launching business ventures with this technology but are limited due to the lack of financing, technical know-how, or business planning support, a statement said.

Jumbo also plans to expand its range of 3D printers to include the latest technologies for colour, metal and concrete in the coming months, it said.

Arvind Agrawal, head of Jumbo Group said: “Jumbo’s 3D application development center will not only serve as a proof of concept for early adopters but will also act as an initiative to develop a community of collaborating professionals involved in 3D manufacturing in the UAE.

“We will shortly announce partnerships with several 3D printing bureaus who will be joining this community. The objective is to pool the knowledge, design capability, skills and resources to create an eco-system for faster adoption of 3D printing technology in the country.”

Jumbo first launched its own 3D printing division in 2017, and later partnered with EnvisionTEC and HP to expand its 3D facilities in the UAE.

The new venture is in line with Dubai’s strategy to become a leader in 3D printing, with plans to produce 25 per cent of buildings using the method by 2030.