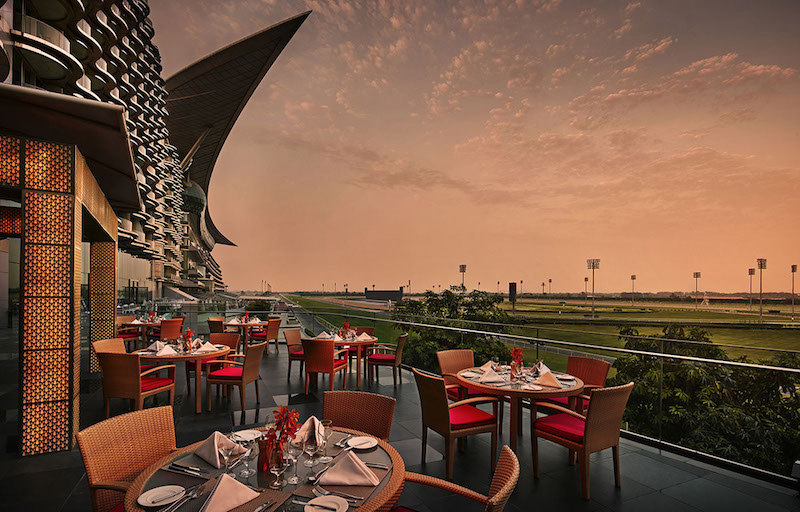 “We have embarked on a review of Meydan’s business strategy,” Mohammed Al Shaibani, ICD’s chief executive officer, said in an emailed reply to questions. “Our aim is to improve efficiencies in operations.”

Meydan, which built Dubai’s horse racetrack, is now overseen by the same government committee that earlier this year took charge of Nakheel, another builder managed by the wealth fund, according to people familiar with the matter. ICD is also the biggest shareholder in Emaar Properties, Dubai’s largest developer.

Facing a property glut, Dubai has moved to combine several of its state developers that have churned out an increasingly unsustainable supply of homes, offices and shopping centres. Already a drag on property values, some projects have run into financial trouble after the coronavirus pandemic wrought havoc across Dubai’s economy.

Partial Consolidation?
The review of Meydan’s business is likely a step in partial consolidation of some of its operations with Nakheel, the people said, asking not to be identified because the deliberations are private.

Meydan’s two main lines of business – real estate and horse-racing – will remain separate, according to Al Shaibani. “Most day-to-day management functions” have been delegated to Nakheel, he said.

“We are slimming down the company’s debts while remaining fully committed to all liabilities,” Al Shaibani said. The goal is to bring down Meydan’s debt by 40 per cent by the end of this quarter, he said.

A partnership with Indian developer Sobha Developers Ltd., negotiated in 2013, has also been dissolved, he said. Sobha didn’t respond to emails and calls seeking comment.

Meydan Group and Sobha formed a joint venture to build 1,500 homes on 4 million square meters (43 million square feet) of land, a project known as District One. Hundreds of villas have been completed and sold. Sobha remains “an important business partner to Meydan,” Al Shaibani said.

ICD’s Sway
Set up in 2006, ICD is the Dubai government’s main investment arm and manages over $300bn of assets, according to the Sovereign Wealth Fund Institute. Its portfolio includes stakes in companies such as Emirates, the world’s biggest carrier by international passengers, and Emirates NBD, Dubai’s biggest lender.

Nakheel was at the center of Dubai’s debt crisis in 2009. After receiving support from the government, it now has billions of dirhams of projects and infrastructure development underway.

Accompanying Meydan’s corporate carve-up is a wide-ranging review of its real estate operations. Construction of Meydan One Mall, designed to include more than 550 shops, has been suspended indefinitely, according to the people familiar with the matter.

The mall’s prospects were already tenuous given its location near one of the world’s largest shopping centers. ICD’s assessment of Meydan’s business includes “redesigning the master plan for the mall,” Al Shaibani said.

“We have paused certain projects to rethink their viability, and cost efficiency, and also their compatibility within a Dubai context, before we reignite and relaunch them more solidly,” he said.

Key decisions: How to best invest in or purchase a property

Investment Corporation of Dubai reports Dhs10.1bn in net profit for 2021