Dubai-based shopping and entertainment venue Global Village will resume holding musical fireworks from Thursday, March 4 for the rest of the current season, it announced on Monday. 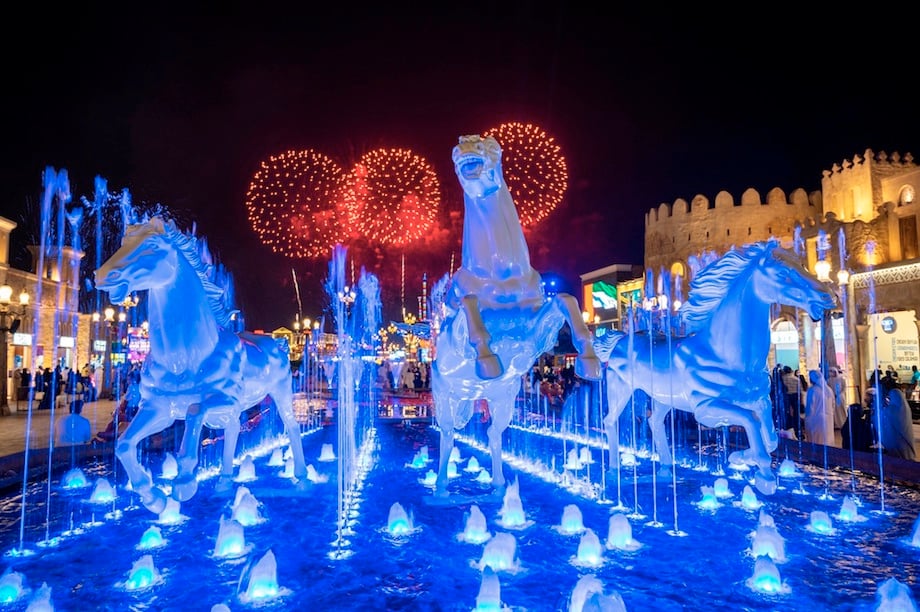 The current season at Global Village is expected to conclude on April 18, 2021.

Make sure to look at the skies this weekend at #GlobalVillage as the musical fireworks will return from Thursday 4th March and for the rest of Season 25.
*We continue to welcome you until April 18#GVWOW pic.twitter.com/vM461NSdym

The announcement comes after the venue announced on February 3 that all shows and street entertainment will remain suspended until further notice due to the Covid-19 pandemic.

It said at the time that the decision was “in alignment with recent government authority announcements”.

A vaccination drive was also initiated for all Global Village staff and their families.

Dubai recently confirmed that Covid-19 restrictions – which were due to be lifted at the end of February – will be extended until the start of Ramadan in mid-April.

Some of the measures include 50 per cent occupancy at indoor venues, including cinemas and entertainment and sports venues; 70 per cent occupancy in shopping malls, as well as swimming pools and private beaches in hotels; and closure of restaurants and cafés by 1am.

Read: Dubai extends Covid-19 restrictions until the beginning of Ramadan