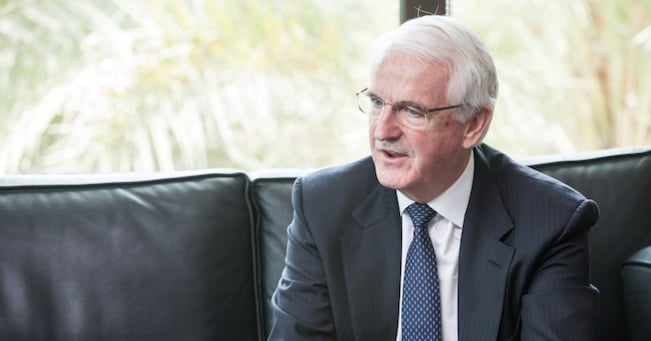 Gerald Lawless, the head of Tourism and Hospitality at state-owned Dubai Holding, has been appointed the chairman of the World Travel and Tourism Council.

The appointment was announced at the council’s annual general meeting in Dallas this week.

A member of the WTTC since 2005, Lawless was on the executive committee since 2008, and was vice chairman since 2012. He will serve as chairman for two years.

Outgoing chairman Michael Frenzel said: “Gerald has been an active member of WTTC, responsible for bringing the Global Summit to Dubai in 2008. His commitment to WTTC’s mission will be invaluable, as the organisation continues to drive recognition of travel and tourism’s social and economic impact amongst governments around the world.”

Lawless, who previously served as the chief executive officer of Jumeirah for 18 years, helped Dubai-based hotel chain expand to 22 hotels in 11 destinations.

“I believe strongly in the mission of the organisation, which advocates the benefits of travel and tourism, not only to the global economy but also to society in general,” he said.

“Travel and tourism is and will remain a force for good. It deserves a lot more recognition from governments worldwide.”

The sector currently accounts for 9.8 per cent of the world’s gross domestic product, contributing over $7.2 trillion to the global economy, according to WTTC’s latest data.

Last year travel and tourism added 7.2 million jobs to the global economy, supporting a total of 284 million jobs around the world.