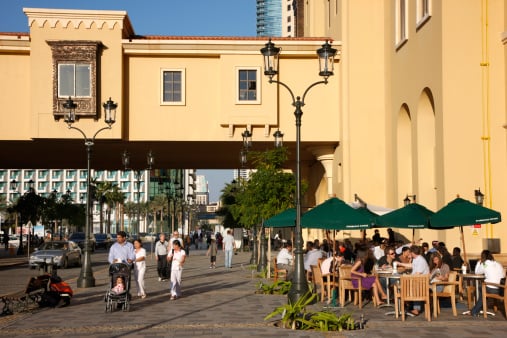 Shisha cafes, sports bars and restaurants in Dubai saw business rise by around 300 to 500 per cent during the FIFA World Cup, according to marketing firm Research Konnection.

The overlap of the football season with the holy month of Ramadan has also helped fuel food sales, especially during suhour meals, the company said citing qualitative discussions with 16 food retail outlets.

Out of 300 people surveyed, at least 67 per cent visited a shisha café, sports bar, coffee shop or a restaurant during the soccer games, according to Research Konnection.

Shisha cafes benefited the most as sales grew during the season with 46 per cent of those polled saying that it was their favourite place to watch a game.

“Many of the shisha cafés also have provision of iftar and suhour meal deals to capitalise on Muslim football fans during the Ramadan period,” the report said.

Sports bars across the emirate also saw a pick-up in business with many mid-market and upmarket bars recording high footfall. Around 27 per cent of residents surveyed by Research Konnections said that they preferred to watch a game from a sports bar.

Although World Cup games have drawn to a close, the report added that the food retail sector in Dubai is expected to perform well until Eid and has a favourable long-term outlook.

“The city’s population and tourist intake are both expected to become near double in another seven to eight years as per the long term strategic plans proposed by senior authorities, which should ideally herald more business for existing and new food retailers in the emirate, thereby making the sector, one of the fertile sectors to invest in the coming time,” the report said.

The summer months, coupled with the restrictions of Ramadan, spell tough times for hotel revenues, particularly within the food and beverage (F&B) sector. But iftars and suhours help offset the loss of revenues during the daytime, experts say.