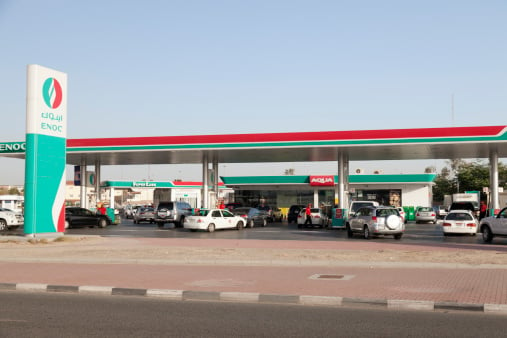 Dubai-based Emirates National Oil Company (ENOC) has announced plans to introduce a self-service option at 10 fuel stations in the city during July this year.

The self-serve facility will initially be operational in the night from 12am to 6am to familiarise motorists with the concept, ENOC said in a statement.

The move has been introduced to emulate “global practices and promote overall operational efficiencies,” it said.

“The introduction of self-service will result in no staff redundancies as affected staff members, where needed, will be deployed in other stations within the network,” the company added.

Burhan Al Hashemi, managing director of ENOC Retail, said: “Over the past months, we have been modernising and updating our systems to facilitate self-service at 10 service stations.

“These have been selected on the basis of the footfall and location to minimise inconvenience to motorists, and enable them to become more accustomed with the new system. We will also extend support to customers in the initial days to familiarise them with fuel dispensing.”

The stations are equipped with advanced fuel dispenser systems and the site systems are also being updated to facilitate other operations and improve efficiency, said the statement.

Government-owned ENOC, along with Dubai’s EPPCO and Emarat have been struggling because of high oil subsidies in the UAE, that have drastically reduced fuel prices.

The combined losses of the three fuel retailers along with Abu Dhabi’s ADNOC was estimated to have hit Dhs12 billion in 2012, compared to Dhs8.5 billion in 2011.