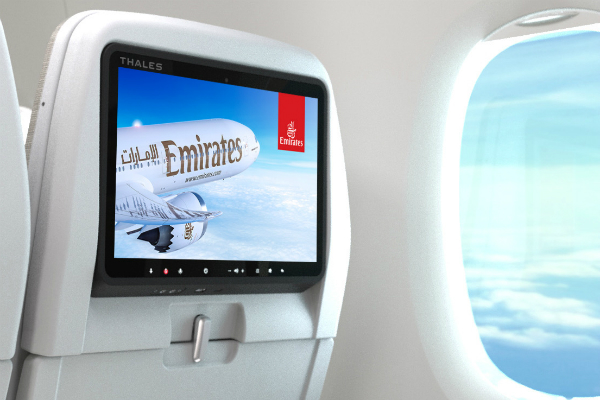 The new system will be fitted on the carriers new 777X aircraft due to be delivered from mid-2020.

“The new Boeing 777X aircraft will herald a new era for the Emirates fleet, and we want to ensure that our product offering on these fuel-efficient planes will be a benchmark for the industry, including the inflight entertainment experience,” said Adel Al Redha, executive vice president and CEOO, Emirates Airline.

He said the contract would support thousands of jobs in France and around the world.

The deal covers the first 50 Boeing 777X aircraft delivered to Emirates. The carrier has a firm order of 150 planes.

Thales’ entertainment system is described as featuring a “highly customisable user experience and will incorporate the carrier’s ICE inflight offering.

ICE offers up to 2,500 channels on demand including films, television shows, music and computer games.

The carrier also offers WiFi services on 85 per cent of its 240 passenger aircraft fleet and live TV on 107 aircraft.