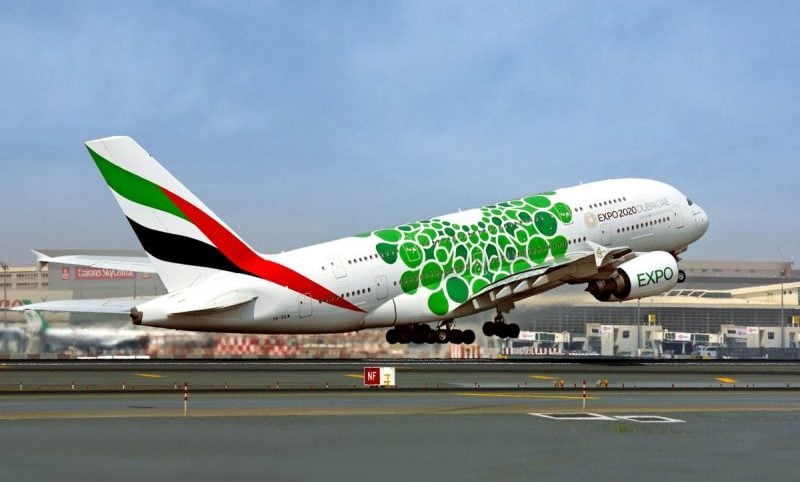 Dubai airline Emirates will operate the first scheduled Airbus A380 service to Saudi Arabia’s capital of Riyadh, it announced on Thursday.

The jumbo jet will operate the route five times a week, starting from Sunday, April 21.

The Emirates A380 aircraft that will serve the route will be set in a three-class configuration, with 429 economy seats, 76 business class seats and 14 first class suites on the upper deck.

The deployment of the double-decker aircraft will offer travellers from Riyadh an ‘all A380’ journey to destinations such as New York, London, Hong Kong, Mauritius and Barcelona, a statement said.

Adil Al Ghaith, SVP, Commercial Operations Gulf, Middle East and Iran said: “With the introduction of a regularly scheduled A380 service to Riyadh, Emirates is once again reaffirming its ongoing commitment to Saudi Arabia by catering to growing passenger demand.

“This A380 service complements the newly introduced Boeing 777-300ER on the route, which means that customers travelling to and from Riyadh can enjoy our latest flagship products.

Also read: Emirates to deploy its new B777 with first class private suites to Riyadh, Kuwait

“The introduction of the A380 to Riyadh also supports Saudi Vision 2030 by helping to grow the kingdom’s aviation sector through stimulating robust traffic growth, increasing connectivity and deepening its global footprint.”

The airline has previously deployed two one-off A380 missions to Riyadh in celebration of the kingdom’s National Days, and also displayed its A380 aircraft at the recent Saudi International Airshow 2019.

Riyadh will be the 51st destination to join the Emirates A380 network.

The carrier is the world’s largest operator of the Airbus A380 jets. In February, it announced that it had cut its order for new A380s. The airline, which had a commitment to 178 A380s worth more than $60bn, reduced its order book by 55 aircraft.