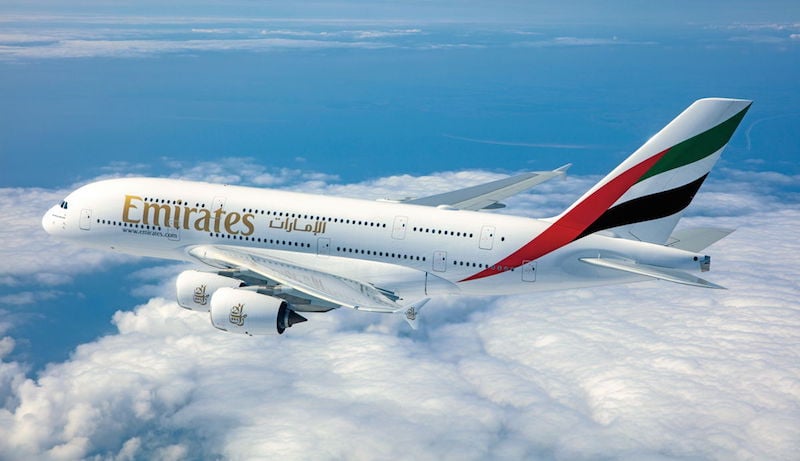 Dubai airline Emirates will operate its A380 aircraft to and from Jordanian capital Amman for four months in the summer this year.

The jumbo jet will be operated on the route from June 1 until October 26 in response to increased demand for travel during the summer period, a statement said.

The Emirates A380 flying to Amman will be set in a three-class configuration, with 427 economy class seats on the lower deck, 76 business class and 14 first class suites on the upper deck.

The airline has been flying to Jordan for 33 years, and has carried over 5.5 million passengers to and from Amman.

This will be the first time that Emirates will operate a scheduled A380 service to Amman, following a one-off A380 flight operated in September 2016.

“Jordan has been a strategically important market in this region for Emirates for a long time,” said Adil Al Ghaith, Emirates’ SVP, Commercial Operations for Gulf, Middle East and Iran.

“The upgrade to an A380 service to Amman during the peak summer period is in line with our strategy to better serve seasonal peaks, and strengthen our presence in key markets.”

Emirates currently has 109 A380s in service and 53 pending delivery, more than any other airline globally. During the financial year 2019/20, the airline will also take delivery of six new Airbus A380 aircraft.

More than 116 million passengers have travelled on the Emirates A380 since it was first launched in 2008.

In order to meet increased seasonal passenger demand Emirates will be also be introducing its Airbus A380 aircraft to Boston in the US and Glasgow in the UK this year.