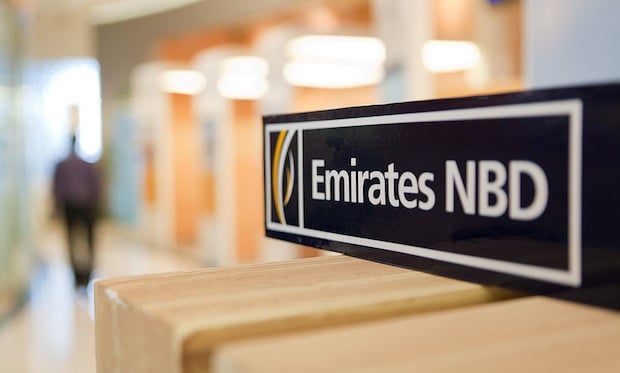 Emirates NBD, Dubai’s largest bank, on Wednesday reported an 80 per cent rise in second-quarter net profit helped by the sale of a stake in Network International and strong non-interest income on foreign exchange gains.

The result included a gain of Dhs2.1bn ($572m) from the sale of a stake in digital payment provider Network International in an initial public offering in London in April.

The earnings showed that top banks in the United Arab Emirates have still withstood strains from a sluggish economy and a property downturn in Dubai.

Second-quarter net profit jumped 80 per cent to Dhs4.74bn, the bank said in a statement. EFG Hermes had expected a net profit of Dhs4.06bn in the second quarter.

Dubai’s biggest lender said net interest income rose 6 per cent in the second-quarter from a year earlier, as growth in assets offset a drop in net interest rate margins.

Provisioning for bad debt, however, more than doubled to Dhs656m in the second quarter from a year earlier. It did not provide details of the provisioning.

Credit-rating agency Moody’s had warned earlier this year provisioning charges for top banks in the UAE will increase in 2019 owing to pressure in the property and the retail segment.

The Dubai lender said its net profit surged 49 per cent in the first half of the year.

He said the bank continues to make progress on the acquisition of Turkey’s Denizbank and expects this transaction to close in the third quarter of 2019.

Emirates NBD said earlier it is buying Denizbank from Russia’s Sberbank at a roughly 20 per cent discount to a previously agreed price, after a steep fall in the Turkish lira.