Dubai's Emirates to deploy its revamped B777 to Maldives - Gulf Business 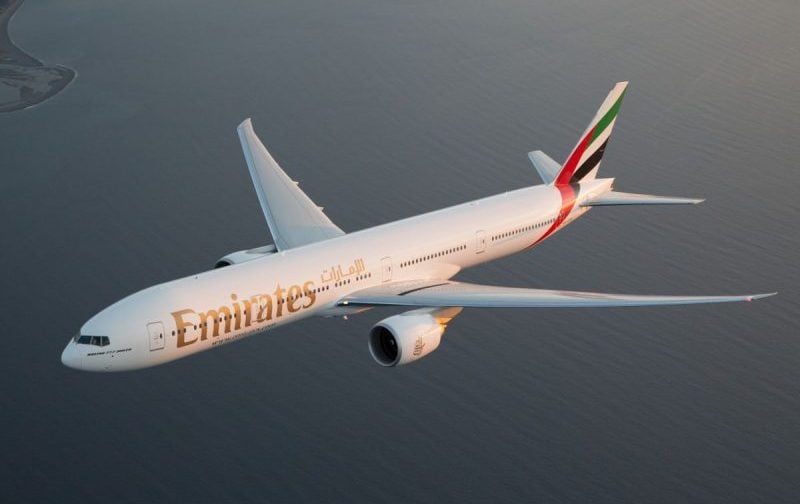 Maldivian capital Male will become the first destination in the South Asian region to be served on a regular basis by the new aircraft, a statement said.

Emirates flights EK658 and EK659, one of three daily non-stop services connecting Male with Dubai, will operate the aircraft.

“The Maldives has become an increasingly popular destination for Emirates, attracting premium travellers, honeymooners and families from around the world,” said Ahmed Khoory, Emirates’ SVP, West Asia and Indian Ocean.

Emirates will operate four daily services to Male from October 27, 2019 to March 28, 2020, in accordance with winter schedules.

The private suites in first class feature floor-to-ceiling sliding doors and design features against cool grey colourscapes. Offering up to 40 square feet of personal space each, the fully-enclosed suites are laid out in a 1-1-1 configuration, for a total of six suites. 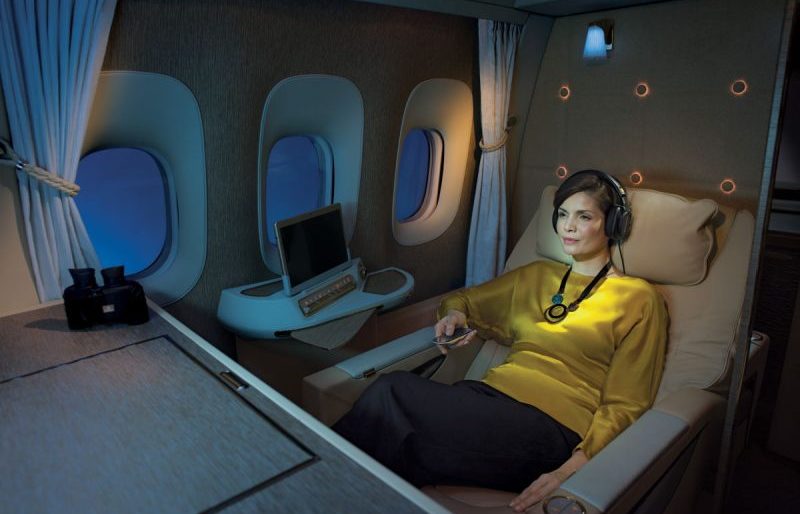 The new suites include seats that recline into a fully flat-bed that manoeuvres into multiple positions and can be placed in a “zero-gravity” state inspired by NASA technology, for a feeling of weightlessness while flying.

Passengers can also choose different lighting colours and adjust the temperature of their suites.

The industry’s “first virtual windows” can be experienced by customers seated in suites located in the middle aisle. The virtual windows project a view from outside the aircraft using real time fibre-optic camera technology.

Emirates also provides binoculars to passengers who want to explore the vistas and cities below during their journey.

Passengers can also communicate with the cabin crew or request room service and in-suite dining through a video call function.

The business class seats are inspired by the interior of a modern sports car, and feature an ergonomically designed headrest. The seats include touchscreen controls for the seat and inflight entertainment system and an option to adjust the personal lighting options. 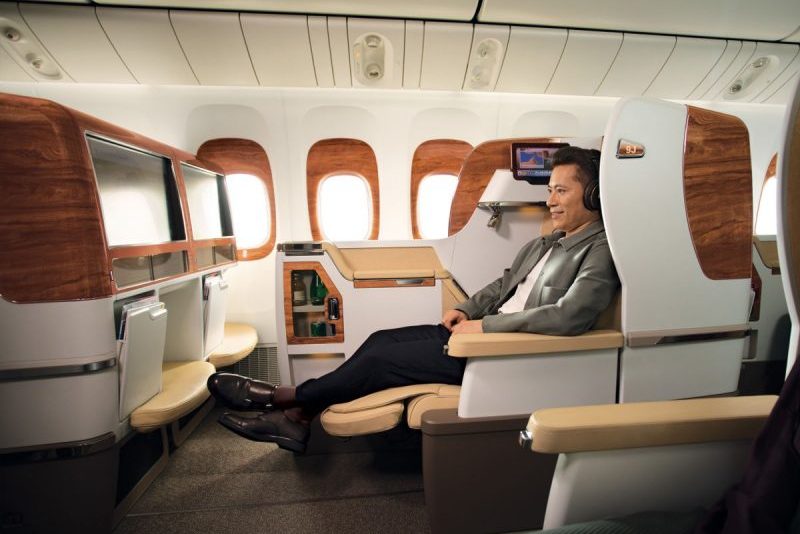 Emirates currently operates the new Boeing 777-300ER aircraft to Brussels, Geneva, Vienna, Tokyo (Haneda), London Stansted and Riyadh and has announced it will deploy the aircraft on flights to Kuwait from June 1, 2019.

Read: Emirates to deploy its new B777 with first class private suites to Riyadh, Kuwait

The airline is the world’s largest operator of the Boeing 777 family of aircraft, flying over 160 of the wide-bodies to six continents from Dubai.