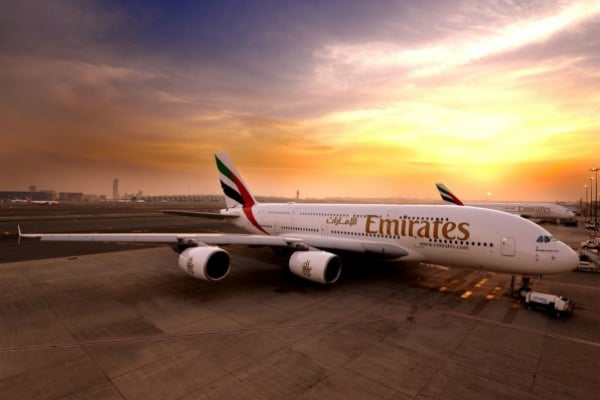 Dubai’s Emirates has denied reports on social media that some of its employees who were recently laid-off have committed suicide.

“We can confirm that the news is untrue and request not to spread rumours,” the airline said on Twitter in response to posts on the news. 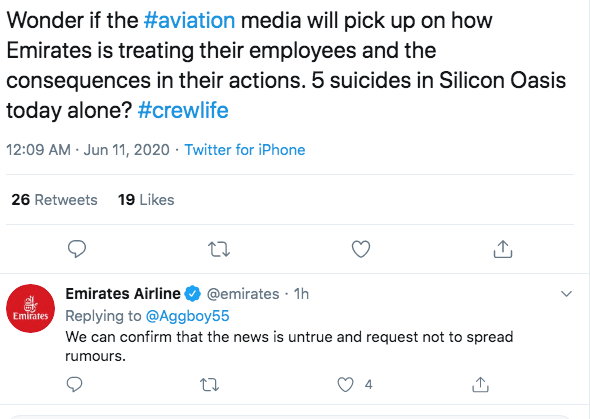 The airline began a round of layoffs earlier this week to reduce costs due to the impact of the Covid-19 pandemic.

It has not confirmed how many employees will be made redundant, but reports claimed many of those asked to leave were pilots and cabin crew members.

“We have been doing everything possible to retain the talented people that make up our workforce for as long as we can. However, given the significant impact that the pandemic has had on our business, we simply cannot sustain excess resources and have to rightsize our workforce in line with our reduced operations,” the airline said in a statement this week.

“After reviewing all scenarios and options, we deeply regret that we have to let some of our people go.”