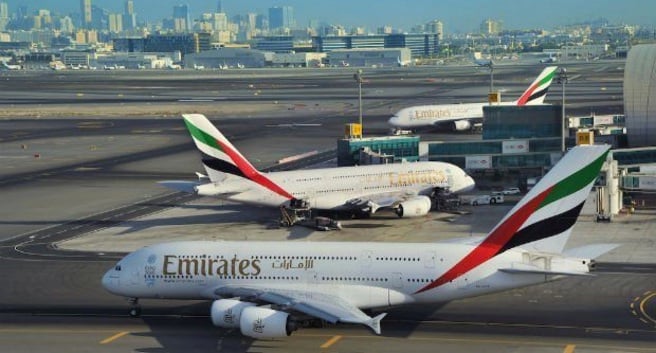 Emirates is introducing a seventh daily service between Dubai and Bangkok and launching twice-daily Los Angeles A380 flights from July 1.

The additional Bangkok service, operated by a B777-300ER, joins the four daily A380 and two daily B777 flights, making Bangkok one of the most served destinations on the Emirates network, on par with Kuwait and Doha.

EK350 departs Dubai at 1950 and arrives at Suvarnabhumi International Airport 0510 the next day while the return flight, EK351, leaves Bangkok at 0635 and arrives in Dubai the same day at 0950, in time to connect with the bank of European flights.

The Dubai carrier is also introducing a three-class A380 on one of its two daily flights to Vienna from July 1, complementing its B777-300ER service.

The A380 takes off from Dubai at 0855 and lands in Vienna 1255 and the return flight departs 1505 and arrives in Dubai at 2245. Alongside Austrian traffic, the carrier is targeting catchment markets such as Slovakia.

Passengers flying to Melbourne will also have a new non-stop service from October 30 when a B777-300ER is introduced. The current service operates via Kuala Lumpur in both directions.

The majority of the airline’s B777s (90) now feature Sports 24 Extra, which provides more coverage of top sporting events, including the Olympics from August. The 80th A380 was also the first superjumbo to be fitted with ice TV Live.

The capacity upgrades are continuing with news that one of its two daily Moscow flights will be served by a three-class A380-800 from December 1.