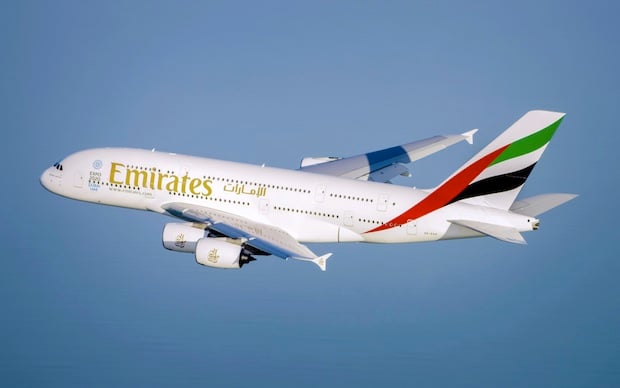 Dubai airline Emirates has announced plans to introduce an Airbus A380 on its second daily service to Birmingham after announcing plans to suspend its third flight to the city.

Emirates confirmed earlier this month that its EK41/42 flight between Dubai and Birmingham would be suspended from September 1 following an operational review.

In comparison the Boeing 777 currently serving the route has 354 seats and Emirates’ other A380 to the city has 516 seats, according to planefinder.net.

Following the introduction of the A380 on October 29, the carrier will have 1,131 seats operating each way between Dubai and Birmingham from 1,224 previously, a reduction of 93 seats.

The carrier said its decision was driven by passenger demand for the aircraft, which began flying the route in March last year.

Emirates has also introduced the A380 on several routes in recent months and said earlier today it would begin using the craft on its second daily flights to Beijing and Shanghai.

Read: Dubai’s Emirates to introduce A380s on all Beijing and Shanghai services