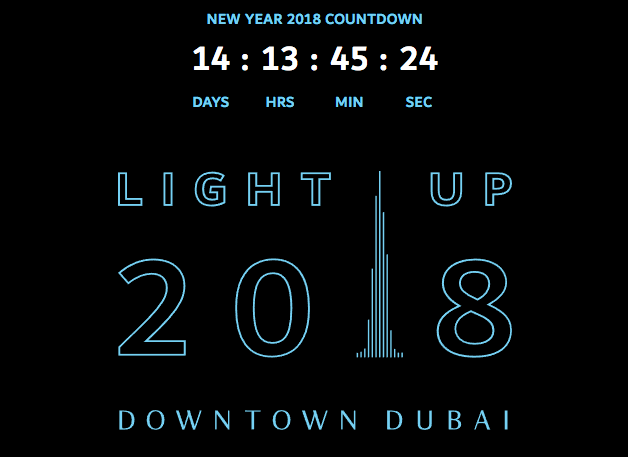 Dubai developer Emaar is promising an attempt to break an official Guinness World Record on New Year’s Eve at its iconic Burj Khalifa amid speculation there will not be the usual fireworks display.

The world’s tallest building is typically enveloped in fireworks to mark the New Year, but Emaar has been hinting at a different show to welcome 2018.

In a Twitter post on December 15, the company released a short clip indicating the record attempt would be based on a light show.

This could see lasers projected onto towers in the Downtown area, it has been speculated.

Emaar itself has refused to confirm or deny that the usual New Year’s fireworks display will be taking place.

Witness as we #LightUp2018 & attempt an official Guinness World Records title this #MyDubaiNewYear in @MyDowntownDubai pic.twitter.com/H8lNH9j3T4

As usual those wanting to witness the show for themselves have been told to head down no later than 6pm on December 31.

Specialist viewing platforms will be available in Burj Park and Downtown Dubai.