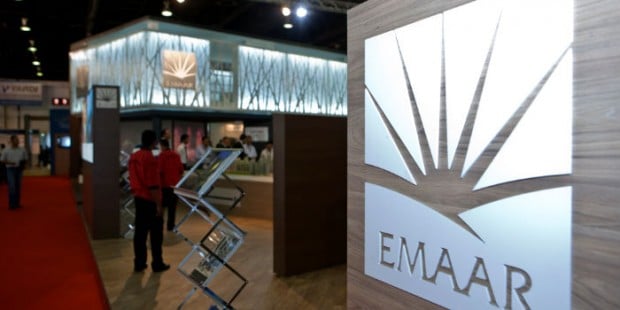 Emaar Malls Group, a division of Dubai’s Emaar Properties, raised $750 million on Wednesday via a debut Islamic bond issue and was able to drive down the cost of the deal due to strong investor demand.

The 10-year sukuk received orders worth more than $5.4 billion, showing the growing attraction of investing in the region as its economy recovers from the after effects of the financial crisis and other emerging markets suffer from political and economic problems.

Emaar Malls, whose main asset is Dubai Mall, one of the largest shopping complexes in the world, is also expected to sell a quarter of its shares to the public when it lists on the Dubai stock market later this year.

The company’s sukuk was priced at a profit rate of 4.564 per cent and a spread of 182.5 basis points over midswaps, according to a document from lead managers on the deal.

Initial price thoughts for the bond were in the area of 200 bps early on Tuesday, but the spread was trimmed three times due to the strong demand.

This level of interest allowed Emaar Malls to sell the sukuk with almost no new issue premium, which is designed to attract investors to buy new bonds from a borrower.

“The new issue premium has shrunk considerably – I would have preferred it (the spread) around 190 bps,” the investment head of a Dubai-based asset management firm said, speaking on condition of anonymity as he was not allowed to talk to media.

The deal’s pricing also showed that Emaar Malls can borrow more cheaply than its parent.

“The Emaar (Properties) 2019 sukuk is trading at around 170 bps so a five-year maturity extension does not look rewarded by a 12.5 bps pick up,” said a senior Gulf-based banker.

The deal also priced more tightly than some of Emaar Malls’ peer group.

Investment Corporation of Dubai, which owns 29 per cent of Emaar Properties, raised $300 million in May via a ten-year bond which was trading at around 199 bps over z-spread on Wednesday, according to Thomson Reuters data.

A $500 million 10-year bond sold in April by Majid Al Futtaim, the Dubai-based malls operator, was trading at around 192 bps over z-spread.