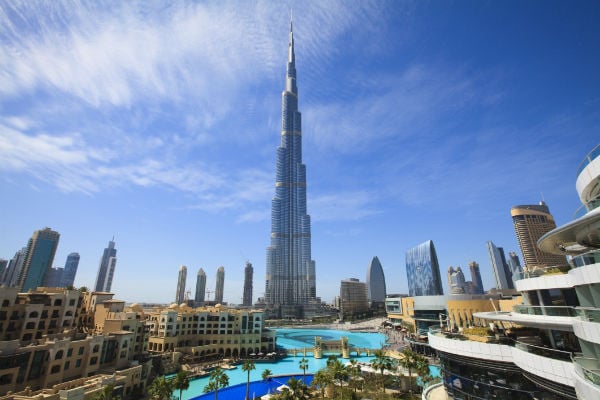 Dubai’s economy expanded 4.1 per cent from a year earlier in the first half of this year, official data showed on Monday, indicating the Gulf’s main trade and financial hub is holding up well in a weak global environment.

Foreign trade, including re-exports, rose 11.4 per cent in the first half, according to Reuters calculations. That was roughly half the growth rate seen a year ago; in addition to global conditions, international sanctions against Iran over its nuclear programme have hit Dubai’s trade with that country.

Nevertheless, Dubai’s gross domestic product growth in the first half was faster than 3.4 per cent recorded in 2011. A major reason was booming tourism.

Hotel guest numbers in the emirate jumped 9.6 per cent to 5 million in January-June, while hotels and restaurants saw a 16.1 per cent surge in their business, said Arif Obaid al-Muhairi, executive director at the Dubai Statistics Center.

“These indicators are moving towards growth because of the diversity of Dubai’s tourism product,” he said in a statement. “That helps attract more tourists, which reflects positively on demand in related activities and improves performance of the local economy.”

Wholesale and retail businesses, which make up nearly a third of Dubai’s GDP, grew 3.8 per cent in the first six months of 2012. The real estate and business services sector rose 1.5 per cent.

The Dubai housing market, where prices and rents crashed in 2008-2009, has been recovering gradually but bank lending in the United Arab Emirates remains sluggish.

Dubai’s ruler Sheikh Mohammed bin Rashid al-Maktoum announced on Saturday a plan to build a massive complex that would include 100 hotels, the world’s largest shopping mall and a park larger than London’s Hyde Park.

“We see a strong growth outlook for Dubai next year, supported with a continued favourable outlook for consumption and a gradual pick-up in investment,” said Monica Malik, chief economist at EFG-Hermes in Dubai.

Dubai is still restructuring billions of dollars of debt in the wake of the property crash, and its entities are expected to face nearly $50 billion of liabilities maturing between 2014 and 2016. However, Malik said this debt overhang would not prevent the emirate from obtaining sufficient financing.

“We see Dubai continuing to access foreign funding, which remains vital both for supporting the investment programme and for the debt management position.”

The government has said it expects Dubai’s GDP to rise more than 4 per cent in 2013.