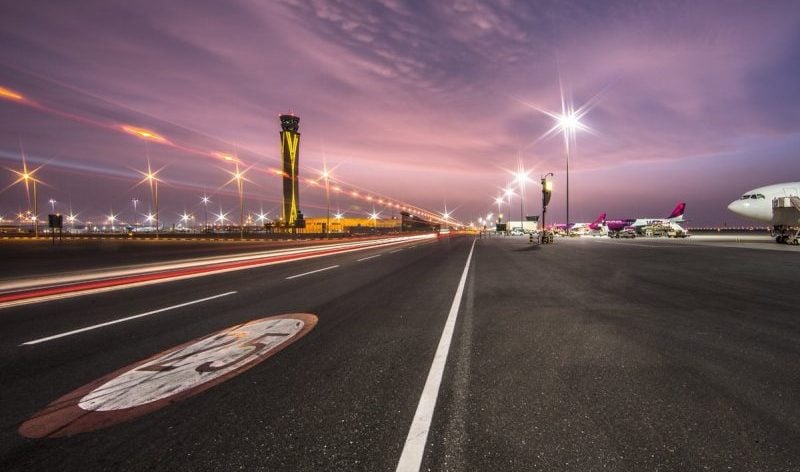 DXB’s southern runway will be closed for a complete refurbishment from April 16 to May 30, 2019.

The closure will reduce the hub airport’s capacity, with DWC absorbing some of the affected scheduled, charter, cargo and general aviation operations, a statement said.

Dubai’s Roads and Transport Authority will also provide a regular bus service from key locations in Dubai to DWC and have a fleet of taxis serving the airport.

Dubai Airports will also have an express bus service operating between DXB and DWC every 30 minutes departing from DXB Terminals 1, 2 and 3.

Passengers can also use the free parking at DWC’s 2,500 capacity car park.

Dubai Airports stressed that although DXB will effectively be without 50 per cent of its runways, the actual reduction in passenger flights will only be 32 per cent due to an optimised schedule that will see the northern runway used to 96 per cent of its capacity.

Due to the deployment of larger aircraft by some airlines during the closure period, the number of seats will decrease by 26 per cent.

Also, due to the additional capacity provided by DWC, the number of flights across the Dubai Airport system will see a reduction of 10 per cent and a seat reduction of 11 per cent, the statement explained.

The schedule has been almost a year in the making as Dubai Airports engaged all airlines in April last year to adjust their schedules. An independent slot coordinator was appointed to oversee the process and rules were applied equally to all passenger airlines.

The timing of the closure further minimises impact as the holy month of Ramadan is typically the quietest period at DXB in terms of traffic, the statement said. Ramadan is expected to begin on May 6.

“The most significant change for passengers during the period will be the need to confirm the airport that they travelling to or from,” said Paul Griffiths, CEO, Dubai Airports.

“We’re confident customers and airlines will be impressed by the speed, efficiency and convenience of Dubai’s second airport. It’s a great opportunity to showcase DWC’s newly expanded facilities that can now accommodate up to 26.5 million passengers annually.”

At peak times, more than 90 construction vehicles per hour will enter and exit the airport, adding additional traffic to the roads around DXB. More than 18,500 truckloads of concrete, asphalt, materials and personnel will need to be transported to and from the airport for the duration of the runway refurbishment programme. More than 1,900 employees will be involved in the project.

To reduce the risk of construction overrun, Dubai Airports has started a number of works in advance of the full runway closure.

Dubai Airports has also identified work packages that are not critical to the completion and safe recommissioning of the new runways and which can be completed once the runway has returned to normal operation.

This will provide a safety buffer should there be any unexpected delays, allowing non-essential work to be completed after the 45 days.