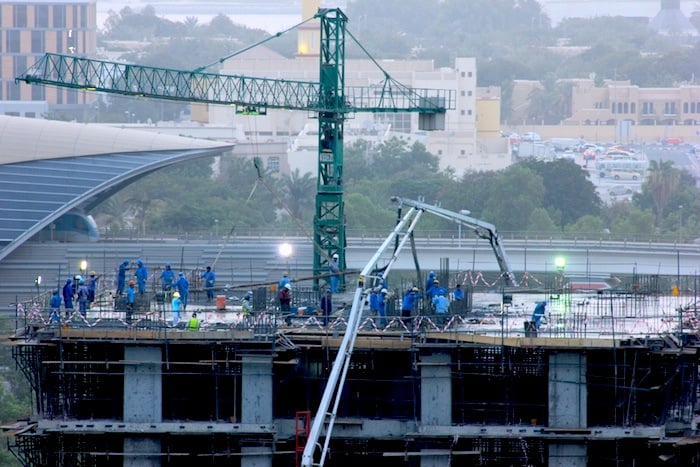 The builder has sent non-disclosure agreements to its lenders and will continue to do so until mid-April, Allan said in a phone interview.

DSI aims to discuss the rescheduling of payments on existing debt in light of slower market conditions, and to seek support for its 2017-2021 business plan, he said.

The company will also seek support for bonding facilities, which are financial tools such as bid bonds or performance bonds related to construction projects, and cash facilities to back new projects, he said.

DSI appointed PricewaterhouseCoopers in December as a strategic and financial advisor to assist with “examining the company’s capital structure and financial liabilities”.

Allan’s comments come after sources told Reuters DSI had distributed non-disclosure agreements to its major lenders this week to discuss its strategy and recapitalisation plans.

The company has faced a depressed Gulf construction market as governments rein in spending on infrastructure due to lower oil revenue.

It has reported worsening earnings in nine of its last 11 quarters.

DSI reported a 2016 net loss of Dhs786.9m and in February proposed reducing its share capital by up to 50 per cent.

It also proposed a rights issue of Dhs500m in equity to a strategic shareholder.

The company has a $120m Islamic bond which matures in 2019. The sukuk was issued in 2014 and underwritten by Al Hilal Bank, Emirates NBD, Mashreq and Noor Bank.

DSI announced in November it was reviewing its business to address market challenges which could lead to a withdrawal from some markets, retrenching on civil works in Saudi Arabia and a more conservative stance on recovering certain receivables.