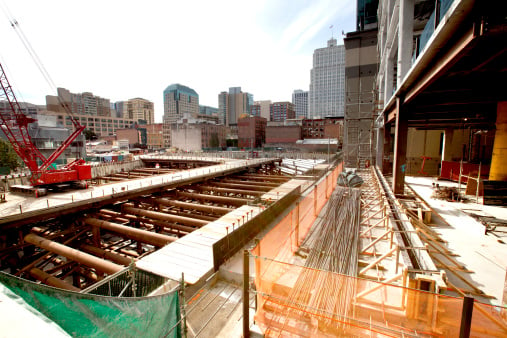 Dubai-based Drake and Scull International (DSI) announced on Wednesday a net profit of Dhs185 million in 2013, up 61 per cent from Dhs115 million in 2012.

The contractor also said that its revenues reached Dhs4.9 billion last year, growing by 47 per cent from Dhs3.3 billion earned during 2012.

The growth was mainly driven by the company’s operations in Saudi Arabia and the UAE with each contributing around 58 per cent and 29 per cent respectively, a statement said.

The general contracting and engineering business generated around 28 per cent and 43 per cent of the total profit in 2013. The oil and gas division sustained its yearly contribution to the bottom line at 29 per cent.

The company was awarded projects worth Dhs7.5 billion last year, compared to Dhs5.2 billion in 2012. The GCC continued to be a key growth market for DSI with Saudi Arabia, UAE and Qatar accounting for 42, 18 and 11 per cent respectively of the new projects awarded in 2013.

Jordan contributed around 12 per cent to the company’s list of new projects with Saraya Aqaba development and St Regis hotel awards.

DSI added that the expansion into the North African and Levant markets are on track.

The order backlog in 2013 reached a record high of Dhs12 billion, rising 36 per cent year-on-year, the company said. The UAE and Saudi Arabia remained the largest contributors to the backlog, accounting for 42 and 18 per cent respectively.

“2013 was a year a continued growth for DSI in the GCC with major milestones achieved in North Africa, Levant and India,” said Khaldoun Tabari, CEO of DSI.

“The investments we made over the last two years are now materialising to create a future of integrated engineering services with tremendous opportunities for DSI across all sectors in 2014. ”

DSI chief financial executive Mukhtar Safi said that the contractor is anticipating a stronger performance this year in emerging markets and especially in the rail and oil and gas sectors.

“We will remain selective in the new construction projects we undertake in order to minimise risk and preserve capital,” he said.

“The cash flow situation which was challenging in 2012 has significantly improved with cash flow from operating activities exceeding Dhs206 Million for the year 2013.”