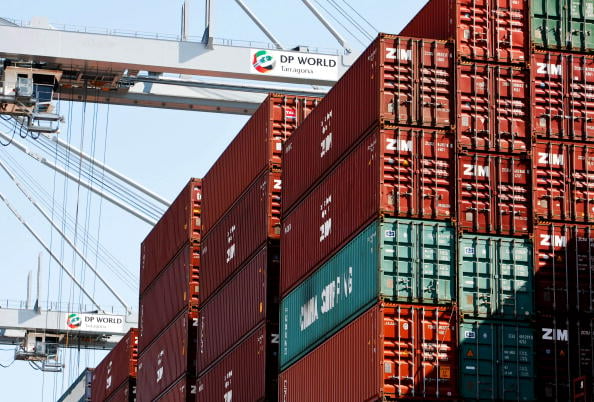 The world’s third-largest port operator clocked $555 million in profit attributable to shareholders for 2012, compared with $459 million in 2011, it said in a statement on the Nasdaq Dubai bourse on Wednesday. Revenue for the period rose five per cent to $3.12 billion from $2.98 billion in the prior year, the company said.

The port operator, one of the most profitable units of debt-laden Dubai World, has been selling assets globally, exiting markets where it does not have a significant presence and seeking to redeploy funds in fast-growing markets.

“This has enabled us to move capital into those markets where we see more profitable returns whilst significantly reducing our leverage and strengthening our capital base.”

DP World sold stakes in two container terminals and a logistics centre in Hong Kong for $742 million earlier this month.

The Hong Kong sale was one of the largest assets sold since it offloaded its Australian business more than two years ago. It realised $249 million profit from asset disposals in 2012, which aided profit growth.

The company, which operates more than 60 terminals across six continents, invested $685 million across its portfolio in 2012. Some of its key developments, including its London Gateway project, is on schedule to open later this year, the company said.

Dividend for the year was set at 24 cents per share, unchanged from the prior year.

Shares of DP World have climbed 19.7 per cent this year on Nasdaq Dubai. The company is also listed on the London Stock Exchange.