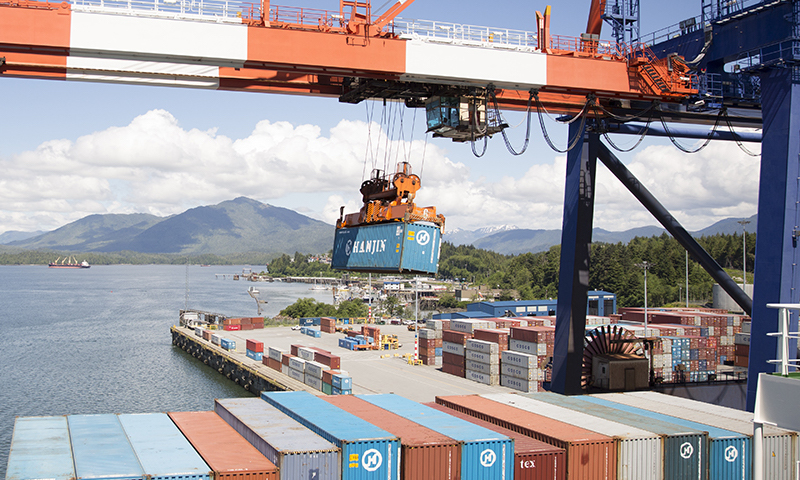 The expansion is designed to increase container throughput from the original capacity of 750,000 TEU to an approximate 1.35 million TEU annually.

A second berth has been added with the extension of the existing berth by 440 metres to a total berth length of 800 metres, a statement said.

The total terminal footprint has also increased to 320,000 sqm with the reclamation of 45,000 sqm of land.

The Dubai company acquired the Fairview Container Terminal in August 2015 with the ‘Phase 2 North’ expansion project launched soon after that.

DP World Group chairman and CEO, Sultan Ahmed Bin Sulayem, said: “The expanded container terminal is an economic engine for the city of Prince Rupert and is directly responsible for hundreds of jobs with many others in the local community and beyond benefitting from its operations.

“This is all part of our plans to provide capacity to meet Canada’s Pacific container terminal capacity requirements for decades to come in a cost-effective and environmentally responsible manner.”

Up to 6,000 feet of on-dock rail and six rubber tired gantry cranes (RTGs) have also been added to the rail yard.

The upgrades will allow the terminal to handle the “largest vessels in the world” with a carrying capacity of 20,000-plus TEUs, the statement said.

DP World Canada general manager, Maksim Mihic, said: “Prince Rupert’s success has been driven by its unparalleled geographical position on the Trans-Pacific trade route, high terminal productivity and consistent low dwell times that have been sustained alongside our significant growth in throughput over the past two years.”

DP World also confirmed that it will begin expanding the company’s Centerm terminal in Vancouver with work due to start this year.