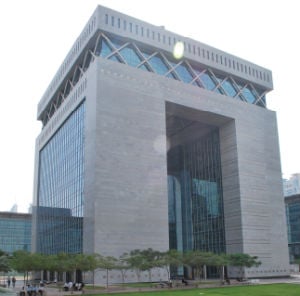 The number of active registered companies in the Dubai International Financial Centre (DIFC) increased six per cent in the first half of the year to 899, up from 848 in 2011, the centre said in a statement. They include 329 regulated, 465 non-regulated companies and 105 retailers.

DIFC also saw a 41 per cent hike in the number of commercial licences issued during the period, from 64 in H1 2011 to 90 this year. Coutts & Company, Swiss Re Corporate Solutions and Booz & Company (ME) were some of the firms that were granted new licences.

“Interest from North America and Europe continues to increase as western multinationals look to diversify their operations and expand towards the East,” DIFC said.

In terms of occupancy, while DIFC-owned commercial offices in the Gate District rose three per cent from 2011 to 98 per cent, DIFC-owned retail space had 96 per cent occupancy in H1 2012.

The total of number of employees working in DIFC currently stands at around 13,000, the statement added.

Abdul Aziz Al Ghurair, chairman of DIFC Authority said: “There are promising opportunities for significant expansion of DIFC both in terms of the number of companies operating here and the range of activities in which they are engaged.”