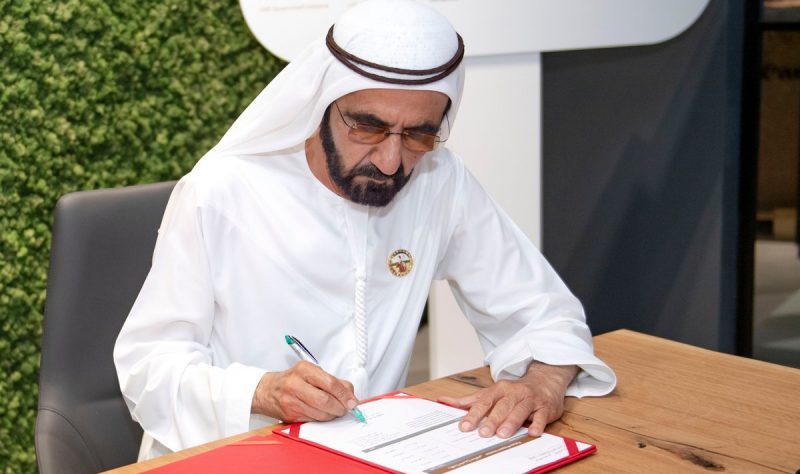 Dubai International Financial Centre (DIFC) has enacted a new insolvency law, it was announced on Tuesday.

The law, signed off by Sheikh Mohammed bin Rashid Al Maktoum, Vice President and Prime Minister of the UAE and Ruler of Dubai, aims to “balance the needs of all stakeholders in the context of distressed and bankruptcy related situations in DIFC”, a statement said.

It will facilitate a more efficient and effective bankruptcy restructuring regime, it added.

The new regulation, which will come into effect on June 13, 2019, introduces a new debtor in possession bankruptcy regime.

The law also provides for a new administration process where there is evidence of mismanagement or misconduct.

It also enforces the rules governing winding up procedures and incorporates the UNCITRAL Model Law on cross border insolvency proceedings with certain modifications for application in the Centre.

“The new law was subject to substantial research and global benchmarking, as well as thorough public consultation”, the statement said.

Essa Kazim, governor of DIFC, said: “Ensuring that businesses and investors can operate across the region with confidence is crucial to our role in connecting the economies of east and west.

“We are committed to continuously enhancing our legislative infrastructure in order to give leading global institutions the certainty and access they need to capture the opportunities within the MEASA region, through Dubai.”

Sachin Kerur, partner and head of Middle East region at Reed Smith agreed that the law will provide more confidence to global institutions in the viability and strength of opportunities in Dubai.

“This development was an inevitability if the DIFC is to continue in its aim of remaining a premier business centre but also following recent financial collapses here,” he said.

“As with any new law, success will be assessed by its frequency of use and effectiveness. The DIFC is an established centre with an effective court system which, when supported by professionals skilled in business rescue, should ensure that the law achieves its intended purpose, being to promote a modern and efficient bankruptcy restructuring regime,” he added.

Meanwhile the DIFC Courts saw the value of claims increase by “422 per cent” in 2018 led by growth in the number of cases.

The total volume of cases increased by 29 per cent year-on-year to 670 across all divisions.