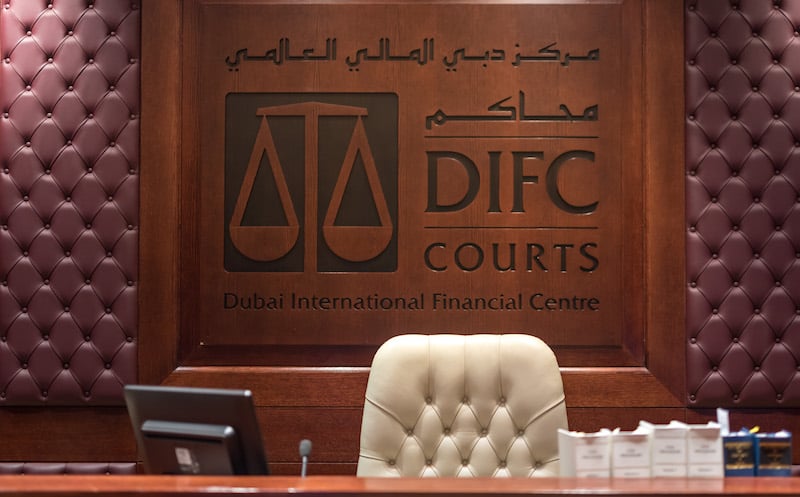 At the main Court of First Instance (CFI), the total value of cases was recorded as being in excess of Dhs2bn. 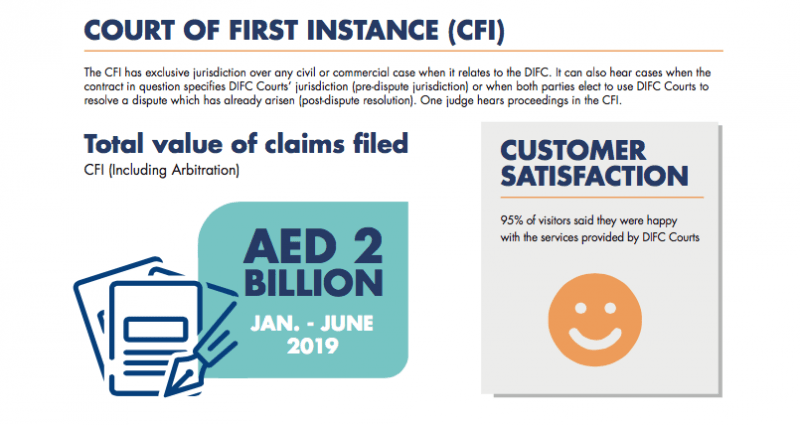 According to the DIFC Courts, this growth was partly driven by greater awareness campaigns through local strategic partnerships, including a cooperation agreement with Dubai Healthcare City Authority (DHCA) and the launch of the Special Complaints Referral Centre (SCFC).

DIFC Courts chief registrar Amna Al Owais said: “The first half of 2019 saw the DIFC Courts serve the biggest multinationals, the smallest start-ups, and individuals, seeking justice with equal consideration. When it comes to resolving disputes, businesses like choice and they need certainty – few rational companies would invest money, resources or intellectual property in a country with questions marks around legal protection.

“Likewise, effective commercial courts are essential enablers for local companies to thrive and have become major points of difference within the region in the race for global investment.”

She added: “Businesses and individuals in Dubai are free to choose between litigation and arbitration: common or civil law, English or Arabic language – whichever system best suits their specific needs.” 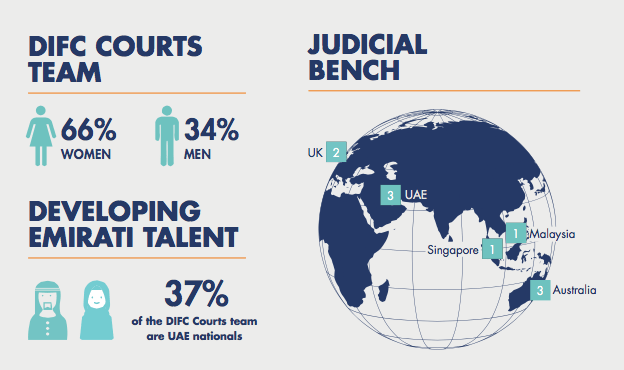 A total of 549 wills were also registered at the DIFC Courts in the first half of 2019. That brings the total since the inception of the service to more than 5,160, with more than 85 lawyers from more than 80 law firms in the UAE and overseas assisting.

Last month, the DIFC Courts announced it will now accommodate all resident and investor assets across the UAE and overseas in will registrations. Wills can also be amended for free until August 31.