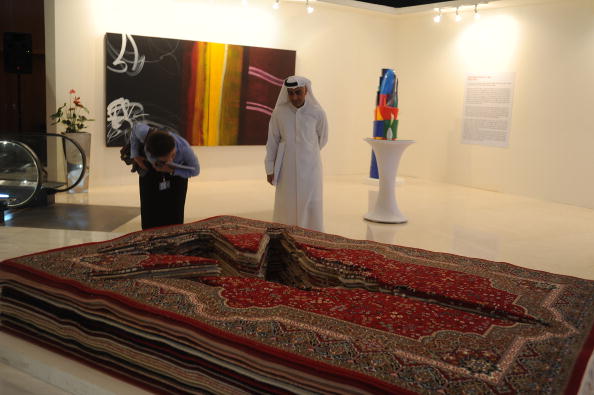 Ernst & Young and brokerage Arqaam Capital, accused of accountancy misconduct over the value of Iranian artwork, reached a deal with the regulator of Dubai’s financial free zone hours before the case would have gone to court on Monday.

The Dubai Financial Services Authority (DFSA) had said the treatment of artwork in Arqaam’s 2009 accounts did not comply with accounting standards, overstating operating income by 42 per cent and understating its loss for the year to end-June 2009 by 21 per cent, a court document said.

E&Y, as auditor, had signed off on the accounts.

Under the deal, Arqaam and E&Y said they failed to comply with International Financial Reporting Standards (IFRS) and International Standards of Auditing respectively and would each pay a $50,000 fine plus the regulator’s costs, the DFSA said.

Arqaam will also amend its 2009 results to account for the artwork.

The case centred on eight works by Iranian artist Farhad Moshiri, originally brought for $200,000 in July 2007 by Arqaam, which were valued in August 2009 by Dubai-based dealer Artspace at $2.45 million, the court document, published on Sunday, said.

The document said Arqaam sold the works through a sale agreement dated June 29, 2009 for $2.45 million and then repurchased them through an agreement dated 30 June 2009 for the same amount, recording the gain in value in its accounts.

Arqaam said the fine had been reduced from $75,000 and the DFSA had found no allegation of dishonesty or intention to deceive or mislead, or that the valuation was not genuine, or that anyone suffered loss.

The value of the art was 1.6 per cent of Arqaam Capital’s balance sheet at the end of June 2009, a spokeswoman said. Unlisted Arqaam does not disclose financial statements.