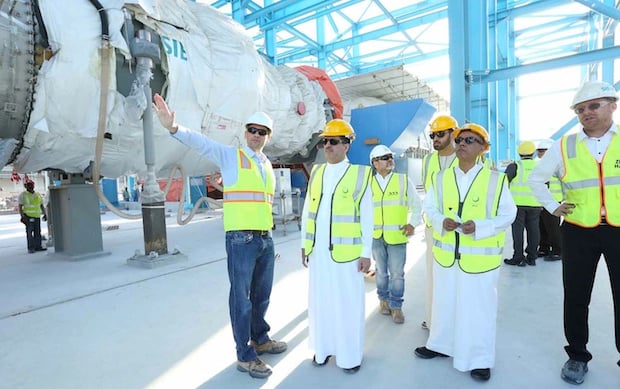 Dubai Electricity and Water Authority (DEWA) has completed 53 per cent of its M-Station expansion project, it announced on Wednesday.

The Dhs11.62bn M-Station is the newest and largest power production and water desalination plant in the UAE.

The expansion project, estimated to cost Dhs1.47bn, includes new power generation units with a capacity of 700MW to be added to the current capacity of the station to eventually produce 2,760MW by 2018.

Its current total capacity is 2,060MW of electricity and 140 million imperial gallons of water per day (MIGD).

This will increase the plant’s thermal efficiency from 82.4 per cent to 85.8 per cent, DEWA said in a statement.

The desalination system, costing Dhs3.95bn, uses eight desalination units with multi-stage flash distillation technology, with a capacity of 17.5 million MIGD for each unit.

The project has been completed in phases since mid-2010. It will be delivered by the end of April 2018.

DEWA is working on increasing its installed power and water capacity, which currently stands at 9,900MW of electricity and 470 million imperial gallons of water per day.