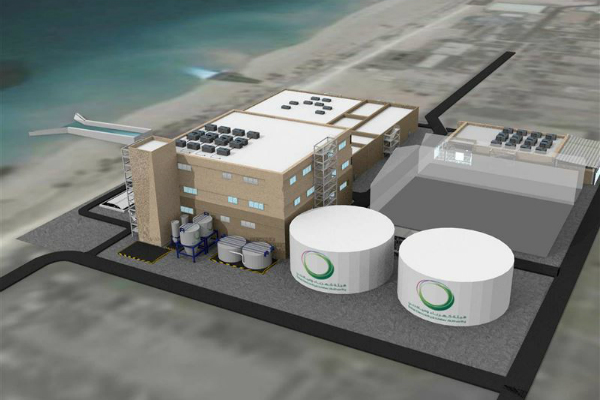 Dubai Electricity and Water Authority has awarded a Dhs871m ($237.1m) contract for the construction of a desalination plant in Jebel Ali to a joint venture of Spain’s Acciona Agua S.A and Dubai’s Belhasa Six Construct.

It is expected to be commissioned in May 2020 to meet peak water demand in 2020 and beyond.

“The big projects launched by DEWA have contributed in reducing the production cost of electricity through solar energy on a global level, and we continue to decouple electricity production from water desalination to obtain 100 per cent desalinated water using a mix of clean energy and waste heat by 2030.”

The emirate plans to use reverse osmosis plants to expand its production capacity to 305 million gallons of desalinated water a day by 2030.

This will account for 41 per cent of the 750 million gallons per day total system capacity compared to 5 per cent in 2018.

DEWA said increasing the operational efficiency of decoupling electricity production would save around Dhs12bn ($3.26bn) and lower carbon emissions by 42 tonnes by 2030.