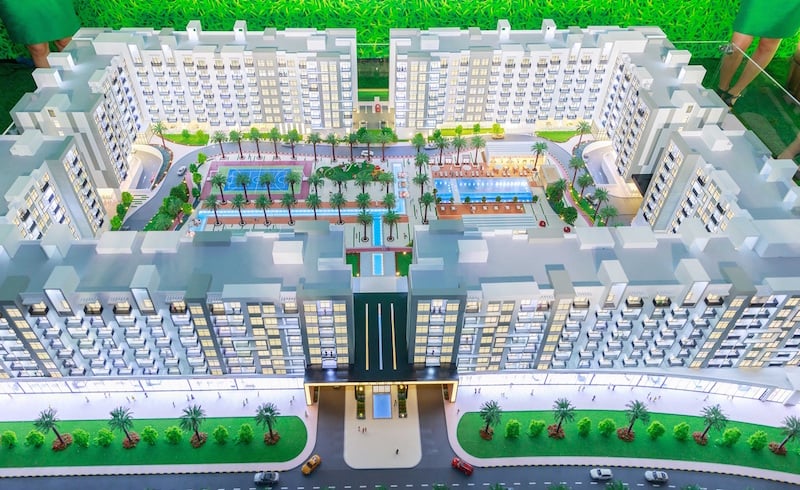 Dubai-based developer Danube Properties has launched a new residential project in International City, that will add 1,064 new units to the development.

Located at the International City Phase 1, the project offers studios (50 per cent of the units), one bedroom (40 per cent) and two-bedroom (10 per cent) apartments.

Construction of the project is expected to start in 2018 with completion in 2020.

Prices for the studio units start at Dhs290,000, a statement said.

“This is our biggest project so far that will add 1,064 units to our existing portfolio,” said Rizwan Sajan, founder and chairman of Danube Group.

“This is our second project launch this year and comes three months after the launch of the Dhs300m Jewelz that adds 463 units offering more than 15 per cent return on investment.”

He added: “The launch of such a large project at such a crucial time reflects our confidence in Dubai’s real estate market which will continue to grow due to the attractiveness of Dubai and the UAE as a major investment destination.”

The company is offering buyers a one per cent per month payment scheme in a bid to attract more middle-income investors.

“Lawnz will attract a large number of new home buyers – who were earlier unable to own their home due to price constraints,” said Atif Rahman, director and partner of Danube Properties.

“The monthly payment has empowered buyers and has encouraged the middle income families to put their life savings in our properties,” he added.

Along with the latest launch, Danube’s portfolio covers 11 projects with 4,744 units, with the overall development value exceeding Dhs3.7bn.

It plans to deliver a further 870 units later this year, the statement said.

Danube Properties, part of the Danube Group, entered Dubai’s real estate market in June 2014 with Dreamz at Al Furjan – which was sold out at launch.

It also awarded a Dhs146m, 17-month contract for the main construction package at its Resortz project. The project features 444 units including 419 apartments and 25 retail outlets, and is expected to be ready for occupancy in the second quarter of 2019.